Banister, Kentril Edward
Mar 8, 1990 - Apr 10, 2010
Preceded in death by grandparents, Annie Mae Banister and William C. Floyd, Sr.; brother Tyreil Davon Banister; great-aunt and uncle, Bertha and Robert Banister; cousin Tyrone Banister. Survived by mother Penoral Banister-Wiley; step-father John Anthony Wiley, Sr.; father William C. Floyd, Jr.; sisters, Tierra Banister, Jan-etta Walker (Jeff), Portia James, Cor-tesha Agee; brothers, Tyrell Donald, Jaron James, John Wiley, Jr., Maijhe Elijah Wiley; grandparents, George Edward Banister (Frankie McIntosh), Carolyn Floyd; step-daughter Ja'myah Chappell; fiancee Chaquanna Chap-pell; aunts, Georgina Banister, Wyn-nett and Christine Floyd, Collette McCorvey (Derrick); uncles, Albert and Howard E. Banister, George Banister, Jr., Donell Wiley, Wallace and Ray Hubbard; niece and nephew, JaLexyia and Jeffrey Walker III. Kentril is also survived by all of his cousins, friends and other relatives who are very special to him.
VISITATION Sunday 3-8pm, with family at 6pm Myers Funeral Home Chapel. LIFE CELEBRATION SERVICES Monday 2pm, St. John A.M.E. Church, 2402 N. 22nd St. (Richard Allen Court) with the Rev. Frederick J. McCullough, Pastor, and Elder Erwin McSwain, Jr., Officiating, followed by cremation. MYERS FUNERAL SERVICE
2416 N. 22nd St., 68110 346-0248
Published by Omaha World-Herald on Apr. 18, 2010.
To plant trees in memory, please visit the Sympathy Store.
MEMORIAL EVENTS
To offer your sympathy during this difficult time, you can now have memorial trees planted in a National Forest in memory of your loved one.
MAKE A DONATION
MEMORIES & CONDOLENCES
28 Entries
My name is LaVita M Sweet. I had the pleasure of speaking with Mr. Kentril. He was a good friend to my daughter TraCreecia Brown. He will be missed here on earth, but I know he is paving the way for those he loved in heaven.
LaVita Sweet
May 4, 2010
Janetta. I am so sorry to hear about your brother. I think we have been down this senseless path one to many times. Those words that you shared with your husband during his lost is going to be those same words to pull you through. We love you and we are here for you and the kids. Dawnisha, Desha and Jdyn
May 1, 2010
TO PANOLA AND FAMILY. WE WILL MISS KENTRIL SO MUCH. WHAT A SPECIAL MAN HE WAS.ALWAYS SMILING AND JOKING AROUND.MY LITTLE COUSIN REST IN PEACE MY LOVE.TO GOD BE THE GLORY.GIVE US STRENGTH MY LORD.LOVE YOU ALL.JANICE BUTLER&FAMILY
JANICE BUTLER
April 21, 2010
Brother, I know that God is taking care of you because he is helping us cope with the lost of you. It still doesn't seem real that your gone but I know in my heart that we won't be apart for long. Staying strong is the hardest thing to do right now because we had so many more years to go. I beat you in age by 2 months and still you thought you were the oldest. I am always going to remember you because no other brother can replace you. I hope your looking down smiling on me and our family wishing us the best of luck. Were looking up at you praying and hoping that you save a spot for all of us.
Porsha James
April 21, 2010
To Kentril's Mother, Kentril worked for me at Taco John's the year he graduated High School. I was the GM at that time and he even had me come out and meet you one day when you picked him up. I want you to know that you raised a wonderful human being. He was always a hard worker, was very respectful to me all of the time and I loved him like one of my own. It must be true that only the good die young, because he was and will always be "one of the good one's". I hope you can take some comfort in knowing that he lived what you taught him. My prayers are with you and your family.
Deb Stinn
April 20, 2010
My thoughts and prayers are with you all during this difficult time.
Demetria Ray
April 19, 2010
there are no words that express the pain i feel for you and your family p i love you and your family dearly thinking about you always
formeka mcdonald
April 19, 2010
Kentril will be missed at ITT. It has been a week and I still cannot believe it happened. A life unfulfilled is one of the most tragic events. I had him as a student in only one class but I thoroughly enjoyed him in class. I could always count on his smile or laugh during class. My thoughts and prayers go out to his family. Bruce White
Bruce White
April 19, 2010
My thoughts and prayers goes out to the family in this time of need! God Bless!
Tiffany Hudson
April 19, 2010 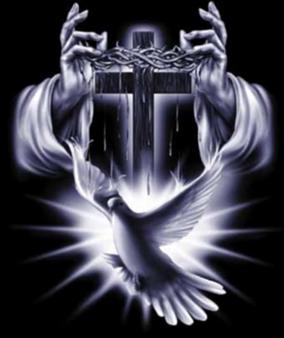 April 19, 2010
SLEEP WITH THE ANGELS KENTRIL, ALL MY PRAYERS AND TEARS GO OUT TO YOU AND YOUR FAMILY... GOD BLESS YOU AND EVERY ONE IN YOUR LIFE... MR. M3 S0L0 WILL ALWAYS BE IN MY HEART... YOU WERE A GREAT FRIEND... AND ALWAYS WILL BE...
KIKI MATHOS
April 19, 2010
Our prayers are with you in your time of need. If there anything we can do please dont hesitate to let us know. Love Jessica, Keevan, Malik and Kelvin. The Dean Family
Jessica Washington-Dean
April 19, 2010
I WANT PENORAL AND THE BANISTER FAMILY TO KNOW YOU ARE ALL IN MY PRAYERS. I KNEW KENTRIL FOR A MINUTE OR TWO BUT THEY WERE THE BEST TIMES. I LOVED HIS SMILE AND HE WAS SUCH A PLEASANT YOUNG MAN. HE WILL ALWAYS BE IN MY HEART AND HANG IN THERE.
LOVE MERCEDES
MERCEDES BROWN
April 19, 2010
So Tragic! Kentril is now an Angel looking down upon you!

To my dearest family, some things I'd like to say...
but first of all, to let you know, that I arrived okay.
I'm writing this from heaven. Here I dwell with God above.
Here, there's no more tears of sadness; here is just eternal love.

I wish that I could tell you all that God has planned.
But if I were to tell you, you wouldn't understand.
But one thing is for certain, though my life on earth is over.
I'm closer to you now, than I ever was before.

Ruth Ann Mahaffey (author)
©Copyright 1998-2010
Lori
April 19, 2010
My prayers go out to the family. In their time of need. May God wrap his arms around each and everyone of you. As you begin to go through the difficult times ahead.
Rose Whitcomb-Dangerfield
April 19, 2010
I.
April 18, 2010
KENTRIL MY LOVE FOR YOU WILL ALWAYS BE WITH ME. I MISS WORKING WITH YOU,TAKING YOU HOME,LAUGHING WITH YOU, AND HANGING OUT WITH YOU. MY THOUGHTS AND PRAYERS GO OUT TO HIS FAMILY ESPECIALLY KENTRILS MOM AND SISTER AND HIS TWO LITTLE BROTHERS. LOVE YOU ALWAYS JUDY MOORE.
JUDY MOORE
April 18, 2010
My prayers go out to you and your family in your time of need. May God watch over you and keep you.
stephanie buckley
April 18, 2010
I lite this candle for my lil brother trill trill my love will always remain the same you will be missed dearly I will never forget the times we wrestled at work when we were suppose to be working I love an miss you alot and I know you watching over everyone you love an those who love you hugs an kisses Love big sis Wendy
Wendy Moore
April 18, 2010
Our Hearts are filled with sadness and the lost is great. With Condolences to the family of Kentril.

Joyce Moore and Family
Joyce Moore
April 18, 2010
To the entire Family & Friends of Mr.Banister: I personally don't know the family or friends but!
I know the pain that you are feeling the hurt. I lost a loved one in the same senseless way and when you lose someone you love, it seems that time stands still. What moves through us is a silence, a quiet sadness, a longing for one more day,one more word,one more touch, we may not understand why they leave this earth so soon, or why they leave before we were ready to say good-bye,but little by little,we begin to remember not just that they died,but that they lived, And that they life gave us memories too beautiful to ever forget them. When I lost my loved one unexpectedly it was GOD who carry me thru the pain, the hurt weeping may endure for a night ,but joy will cometh in the morning So please accept my heartfelt sympathy & will keep you all in my prayers
lynn
April 18, 2010
With heartfelt sympathy we mourn your loss. Your family is in our thoughts and prayers. He will be missed.

Love,
Kevin, Ruth, and Ashleigh Gildon
April 18, 2010
As the days and weeks pass, and as you return to life's routine, may you continue to feel comforted by the love and support of family and friends.
stacey mcintosh & familly mcintosh
April 18, 2010
kentrill i will miss you very much you are very much missed and loved my prayers go out to the family from the jones family
julia jones
April 18, 2010
even thou i never told you I love you you i know I do ,I'm sad inside my heart for you ,I know you were a good man,,May God touch your soul and giuld you to heavin,,Amen,,I love you ,
chuck phillip
April 18, 2010
my heart goes out to you pernoral,know that it is god who will give you strength to make it through this stay strong and hold on to gods unchanging hand i love you and you are in my prayers,LAURA & THE FULLER AND SCOTT FAMILY
April 18, 2010
Kentril, I still can't believe that you are gone. It seems weird to go on the hill and not see you. I love you cousin. You will never be forgotten.
Sha and family
Shawnta Phillip-Berry
April 18, 2010
Our heart and prayers go out to you and your family