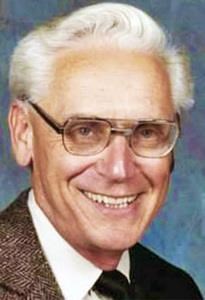 Robert was raised in Twin Falls Idaho and graduated from Twin Falls High School in 1939. He then enlisted in the U.S. Army and served in Europe during WWII where he fought at the Battle of the Bulge. Three months later, he was wounded after crossing into Germany over the Rhine River at Remagen.

After his honorable discharge he married his childhood sweetheart, Madeline Faye Bracken, in 1946 in Twin Falls, ID. Robert then entered the University of Colorado at Boulder where he completed degrees in Civil Engineering and Business. After graduation, he went to work for Phillips Petroleum Company and had the opportunity to live in many locations including Norway and Nigeria. He and Madeline settled in Omaha, NE for retirement, splitting their time between Sandpont, ID, where Bob finally settled in 2016, after the passing of Madeline.

Bob loved hunting, fishing, music, gardening and going to church, and will be remembered for his many adventures, his love of life and his dedication to family. We have been blessed to have such a fine man as our father, grandfather and great-grandfather. He will be truly missed. Memories of Bob can be shared on the Coffelt Funeral Services webpage.

To plant trees in memory, please visit our Sympathy Store.
Published by Omaha World-Herald on Mar. 17, 2021.
MEMORIAL EVENTS
No memorial events are currently scheduled.
To offer your sympathy during this difficult time, you can now have memorial trees planted in a National Forest in memory of your loved one.
MEMORIES & CONDOLENCES
0 Entries
Be the first to post a memory or condolences.