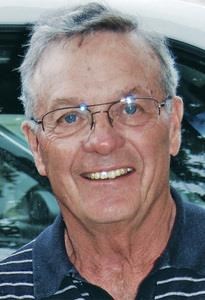 Ronald F. Sealock, age 87, of Council Bluffs, IA passed away at his residence at Prairie Gate, on Tuesday, October 19, 2021. Ron was born on April 2, 1934 to the late Glenn and Elvera (Tiarks) Sealock. He was a graduate of Abraham Lincoln High School with the class of 1952. On November 30, 1957, Ron married Suzanne Langmade, and to this union four daughters were born: Sallisue, Catherine A., Karen M., and Nancy L.

Ron was born and raised on a farm outside of Council Bluffs and was a charter member of the Garner Blue Jackets 4H Club. He showed cattle and hogs at the West Pottawattamie County Fair and served on several judging teams. He also showed cattle at the Aksarben 4H Livestock Show and Iowa State Fair. After graduating from High School Ron enrolled at Iowa State University and graduated in 1957 with a Degree in Agriculture Business. After graduating, Ron went back to the farm and worked there before joining US Bank, formerly the Council Bluffs Savings Bank in 1959. He continued his education at the Wisconsin School of Banking, receiving a graduate degree in 1966. Ron was elected twice to serve on the State Board of Iowa Bankers, representing Southwest Iowa Banks. He retired in 1996, after 37 years at the bank. Ron was a longtime volunteer for United Way of the Midland, Children's Square from 1974-1980 Board of Directors ,Chamber of Commerce Board, YMCA Board of Directors and their Sustaining Drive, fundraiser for the Capital Fund to build the new YMCA. Ron was treasurer and a member of the Board of directors for Southwest Iowa Educational Foundation and served on the board for the Senior Center. A member of the VIP Ambassadors of Iowa Western Community College, and a member of the Investment Advisory Committee for the Pottawattamie County Community Foundation.

In 1992 while a member of Grace Presbyterian Church, he served as chair of the fundraising committee to raise money to purchase land to merge the church of Grace Presbyterian and First Presbyterian, now known as New Horizon Presbyterian. Ron served as Elder and Chair of the Administration Committee for New Horizon and was active in the Building & Grounds and Stewardship committees for many years. He was a member of the Abraham Lincoln Hall of Fame 2013, and received the prestigious Jason Award at Children's Square. His goal had always been to do what he could to make Council Bluffs a better place.

In addition to his parents, Ron was preceded in death by his infant sister; his first wife, Suzanne in 1981; and his second wife, Rita Uhlhorn, whom he was married to for 37 years before her passing in 2019. Survivors include his children, Salli (Bryan) Wells of Elkhorn NE, Cathy (David) Abeyta of Flagstaff AZ, Karen (Steve) Hedgecock of Gretna NE, and Nancy Caniglia of Kansas City, MO; step-children, Bryan (Stephanie) Uhlhorn of Larkspur CO, and Beth (Tim) Murphy of Bozeman, MT; 9 grandchildren; twin brother, Roger Sealock of Council Bluffs; sister, Kathy Lewis of Omaha; nieces and nephews.

VISITATION: Thursday, October 28, from 5-7pm at Cutler-O'Neill Meyer Woodring Bayliss Park Chapel. MEMORIAL SERVICE: Friday October 29, at 11:30am at New Horizon Presbyterian Church, with a luncheon to follow the Services. Memorials are suggested to Everystep Hospice, or Southwest Iowa Educational Foundation for a scholarship in Ron's name.

(712) 322-7779 | www.cutleroneill.com
Published by Omaha World-Herald from Oct. 24 to Oct. 27, 2021.
To plant trees in memory, please visit the Sympathy Store.
MEMORIAL EVENTS
Oct
28
Visitation
5:00p.m. - 7:00p.m.
Cutler-O'Neill-Meyer-Woodring Funeral Home and Crematory
545 Willow Avenue, Council Bluffs, IA
Oct
29
Memorial service
11:30a.m.
New Horizon Presbyterian Church
IA
Funeral services provided by:
Cutler-O'Neill-Meyer-Woodring Funeral Home and Crematory
MAKE A DONATION
MEMORIES & CONDOLENCES
Sponsored by Cutler-O'Neill-Meyer-Woodring Funeral Home and Crematory.
3 Entries
To the Sealock Family, thoughts and prayers are with all you during this time of loss and sorrow. May the Lord comfort and watch over you. The Tim Capel Family
Tim Capel
Other
October 25, 2021
Bob and I were pleased to have known Ron through New Horizon Presbytarian Church. Our sympathies to family and friends. He certainly was an accomplished man!!
Barbara M Fleege
Friend
October 25, 2021
Ron was one of the finest men I met in CB. He will be missed! We often compared our Farm plans . Mine were from Worth County Iowa and his from the farm near Council Bluffs. My condolences to his children.
Sara Innes
October 23, 2021
Showing 1 - 3 of 3 results