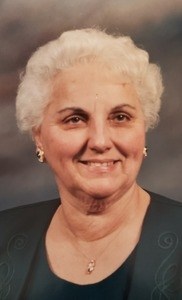 BORN
1936
DIED
2019
FUNERAL HOME
Burgess & Tedesco Funeral Homes Inc - Hamilton
25 Broad St
Hamilton, NY
HAMILTON: Alice R. Bowie, 82, of Madison Lane, passed away unexpectedly on Saturday, March 9, 2019 at Community Memorial Hospital in Hamilton.She was born November 9, 1936 in Roosevelt, LI, NY, a daughter of Henry and Martha Laier Rehrmann and was a graduate of Morris High School. On August 5, 1956, Alice married Alfred H. “Buster” Bowie in Morris, NY. He predeceased her on June 24, 2004. Alice devoted her life to raising and caring for her family and will be remembered as a good wife and a loving parent and grandparent. She was always involved in her children’s activities and had been a 4-H leader for nine years and a Boy Scout leader for six years. For several years, she was a teacher’s aide/helper where needed at Morrisville-Eaton Central School. She enjoyed music, crafting, sports, and was a fan of the NY Yankees.Surviving are her children, Cheryl and Richard Church of Bouckville; Krissann and Robert Tenbrink of New Hartford; Michael Bowie of Oriskany Falls; James and Kathryn Bowie of Jericho, VT; Richard and Yvette Bowie of Eaton; a brother and sister-in-law, Henry and Marcia Rehrmann of Morris; sixteen grandchildren, nine great-grandchildren; several nieces and nephews. She was predeceased by two sisters, Hilda Pedrick and Rosemarie Bolam.Memorial Services will be held at 11am Saturday, March 16, 2019 at the Eaton Community Bible Church, Brooklyn St., Eaton, NY.There are no calling hours.Interment will be in the Eaton Village Cemetery at a later date.Contributions in her memory may be made to St. Jude’s Children’s Research Hospital.Arrangements have been entrusted to Burgess & Tedesco Funeral Home, 25 Broad St., Hamilton, NY.To send a condolence and sign the Book of Memories online go to www.burgessandtedescofuneralhomes.com Burgess & Tedesco Funeral Homes, Inc. http://www.lastingmemories.com/alice-r-bowie
Published by Oneida Daily Dispatch from Mar. 11 to Mar. 12, 2019.
To plant trees in memory, please visit the Sympathy Store.
MEMORIAL EVENTS
Mar
16
Memorial service
11:00a.m.
Eaton Community Bible Church
Brooklyn St., Eaton, NY
Funeral services provided by:
Burgess & Tedesco Funeral Homes Inc - Hamilton
MAKE A DONATION
MEMORIES & CONDOLENCES
Sponsored by oneidadispatch.com.
5 Entries
My condolences to the family for your loss. May the God of all comfort "who binds up the brokenhearted and comfort those who mourn" sustain your family during this difficult time. Isaiah 61:1,2