BORN
1944
DIED
2013
FUNERAL HOME
Campbell-Dean Funeral Home
260 Main St.
Oneida, NY
BLOSSVALE >> David L. Miller, 69, of Herder Road, passed away peacefully in the comfort of his home on Christmas day, after a long illness.
Born in Rome, N.Y. on Jan. 2, 1944, he was a son of Leo A. and Mary Mullroney Miller. A resident of the area since 2007, moving from Ellicott City, Md. after his wife's death and formerly of Americus, Ga., David was a graduate of Vernon-Verona-Sherrill Central School, Class of 1962. He married Elizabeth Dixon at Fort Benning, Ga. on March 27, 1971. His beloved Beth passed away on March 31, 2006.
David was a small business owner in Columbia, Md. prior to his retirement. He was a veteran of the United States Army, serving from 1966-1973 including two tours in Vietnam as an armored cavalry commander. David earned the rank of Captain and was awarded two Purple Hearts, three Bronze Stars and one Silver Star. He was an admired combat leader, and in recent years reconnected with his band of brother comrades and received great joy in sharing stories with them and attending reunions throughout the country. David leaves a great military service legacy, even for those who serve after him.
He was a member of the Fish Creek Atlantic Salmon Club, was a state certified bow hunting instructor in Maryland and belonged to several hunting and fishing clubs in the area. David was an avid outdoorsman and was active on several hunting and fishing informational websites where he formed many friendships and mentored the next generation. He was inspirational to others and had a wide influence. David was a humble and caring man.
Surviving are one son and daughter-in-law, Dixon and Vanessa Miller of Kirkland, Wash.; two brothers and sisters-in-law, Arnold and Carol Miller of Boonville and Paul and Diane Miller of Blossvale; brother-in-law, Don VanVliet of Ohio; his wife Beth's family, Sheila and James Grubbs of Tennessee and Janis and Ray Baldwin of Georgia; several nieces and nephews and his much loved granddogs, Suzie and Tanner. He was predeceased by a brother, Bernard Miller and a sister, Mildred VanVliet, both in 2011.
Funeral services will be held 5 p.m. Monday, Dec. 30 at the Campbell-Dean Funeral Home, Inc., 260 Main St., Oneida. Friends may call at the funeral home on Monday from 3-5 p.m., prior to the funeral service. Interment will be made in Sunset Memorial Gardens in Americus, Ga. Contributions, in David's memory, may be made to The V Foundation for Cancer Research, 106 Towerview Court, Cary, N.C. 27513 or to the Disabled American Veterans, 344 W. Genesee St., Syracuse, N.Y. 13200. Envelopes may be obtained at the funeral home.
To leave a message of condolence, please visit www.campbell-dean.com.
CAMPBELL-DEAN FUNERAL HOME, INC.
Oneida
Published by The Oneida Daily Dispatch from Dec. 26 to Dec. 27, 2013.
To plant trees in memory, please visit the Sympathy Store.
MEMORIAL EVENTS
To offer your sympathy during this difficult time, you can now have memorial trees planted in a National Forest in memory of your loved one.
Funeral services provided by:
Campbell-Dean Funeral Home
MAKE A DONATION
MEMORIES & CONDOLENCES
8 Entries
I was on his APC from the time that we arrived in Country until he rotated North. He was my Platoon Leader in Hawaii also. He was the finest Officer that I ever served under and he is still greatly missed. RIP BROTHER
Perley Daveenpot
February 27, 2020
RIP Brother. You are not forgotten.
Ed Walters
Military
December 21, 2019
Rest in piece brother you were the great human being and leader I am proud to have served with you
George Polsin
Military
December 20, 2019
I did not serve under Mr. Miller. I was in E Troop 2nd platoon but I have heard from those who did that he was a fine leader. RIP David Miller from an E Trooper.
Dan Walburn
December 30, 2013
RIP sir! Salute! From your Americal brother.
Bobby Holmes
December 29, 2013 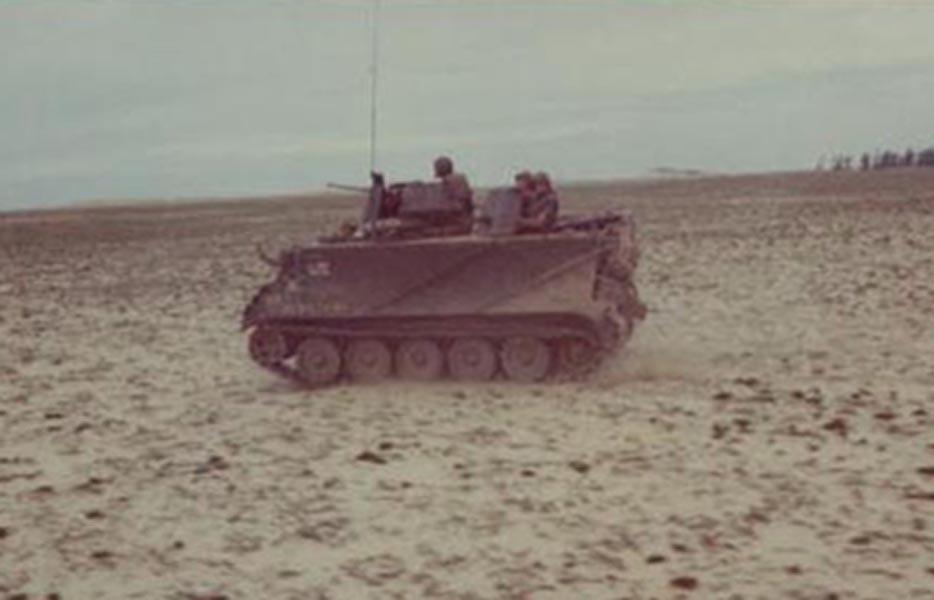 I'd like to extend my sympathies to the family and friends of David Miller. Lt. Miller was my platoon leader from Scofield Barracks, Hawaii to LZ Bronco at Duc Pho, RVN. He was respected and well liked by all of us in 2nd platoon, E Troop 1st Cavalry Regiment, 11th Light Infantry Brigade, Americal Division and by anyone else he came into contact with.
This photo is the only one I took that has Lt. Miller. He's the one in the .50 cal turret.
Eric Tobiassen
December 29, 2013
Dave was my platoon leader when I arrived in Vietnam and joined E Troop, 1st Cavalry in March 1968. We later connected at an all veterans reunion held annually in Kokomo, In. He was a fine man and highly respected officer. He will be truly missed by his band of brothers.
Bob Cowles
December 29, 2013
I'm deeply sorry to learn of Dave's passing. He was the C troop commander in Vietnam when I was a platoon leader, and I greatly respected him.
Lyle Pirnie
December 26, 2013
Showing 1 - 8 of 8 results