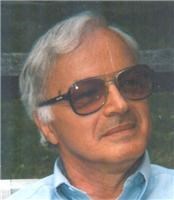 BORN
1928
DIED
2014
FUNERAL HOME
Campbell-Dean Funeral Home
300 S. Peterboro Street
Canastota, NY
SYRACUSE >> Louis B. LoMonaco, 86, of Aster Drive, passed away on Sunday afternoon, Dec. 28, 2014 in the Extended Care Facility of the Oneida Healthcare Center, where he had been a resident since July 2013.
Born in Canastota on April 17, 1928, he was a son of Vito J. and Catherine Puglia LoMonaco. A resident of the area for over 20 years, Louis was educated in Canastota High School. He married Lois Butcher in Virginia on Oct. 3, 1949. Mrs. LoMonaco passed away in April 1959.
Prior to his retirement, Louis was employed by the Syracuse Developmental Center, Henney Motors and Oneida Limited Silversmiths. He was a veteran of the United States Army serving from 1946-1949 as a sergeant in Italy during World War II. He was a communicant of Holy Family Church where he served as a Eucharistic minister, sacristan and brought communion to shut-ins.
Surviving are: five sisters and one brother-in-law, Josephine and Peter Juravich, Ester Lucarelli and Katherine LoMonaco, all of Canastota, Lucille LoMonaco of Liverpool and Marie Smart of Victor; three brothers and one sister-in-law, Matthew and Betty LoMonaco and Paul LoMonaco, all of Canastota and John LoMonaco and his companion Ann Sevey of Oneida and several nieces and nephews. He was precedeased by one sister, Margaret Maccarone and three brothers, Frank LoMonaco, PFC Vincent LoMonaco and Vito LoMonaco.
Funeral services will be held 9 a.m. Monday from the Campbell-Dean Funeral Home, Inc., 300 S. Peterboro St., Canastota and 9:30 a.m. Monday from St. Agatha's Church where the funeral Mass will be celebrated by the Rev. Stephen Wirkes, pastor. There will be no public hours of visitation. Interment will be made in St. Agatha's Cemetery. Contributions may be made to the Church of the Holy Family, 127 Chapel Drive, Syracuse, N.Y. 13219 or to the St. Agatha's Bereavement Committee, 329 N. Peterboro St., Canastota, N.Y. 13032. To leave a message of condolence, please visit www.campbell-dean.com.
CAMPBELL-DEAN FUNERAL HOME, INC.
Canastota
To plant trees in memory, please visit our Sympathy Store.
Published by The Oneida Daily Dispatch from Dec. 29 to Dec. 30, 2014.
MEMORIAL EVENTS
No memorial events are currently scheduled.
To offer your sympathy during this difficult time, you can now have memorial trees planted in a National Forest in memory of your loved one.
Funeral services provided by:
Campbell-Dean Funeral Home
MAKE A DONATION
MEMORIES & CONDOLENCES
7 Entries
So sorry to hear this. Always a great guy. Prayers to all of you.
Marilyn Armlin
January 2, 2015
John and the rest of family very sorry about your loss, he was a great guy sorry I cannot be at the church services because I'm in Florida for the winter. May he rest in peace.Dick Bennett
Dick Bennett
December 30, 2014
The picture of Louie is the Louie knew. Sorry for your loss. Everyone should have a sister like Esther. Rest in Peace Louie
Dee Claire
December 30, 2014
I am sorry to hear about the loss of your brother. What a good sister you are with all the visits you made to see him. It was delightful to see you last week though. My thoughts are with you. Diane Bergman Clark
December 30, 2014
Uncle Louie, my Godfather, certainly took that title seriously....he brought me to Sunday mass every week when I was growing up.
You are now reunited with Aunt Lois after all these years, and my mother who you were so close with, and also with your parents and brothers. Will remember you always!
Cindy Maccarone Phaneuf
December 30, 2014
Our deepest sympathy goes out to the Lomonaco family. May he rest in peace.
Jean and Sam Maccarone
December 29, 2014
Rip Louis PatriciaLoMonaco Bogue
December 29, 2014
Showing 1 - 7 of 7 results