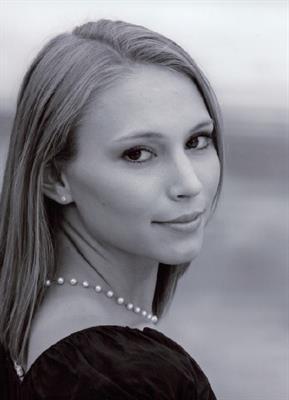 BORN
1991
DIED
2016
FUNERAL HOME
Tetrick Funeral Services - Johnson City
3001 Peoples Street
Johnson City, TN
"Have I not commanded you? Be strong and courageous. Do not be afraid; do not be discouraged, for the LORD your God will be with you wherever you go." Joshua 1:9

Ashley Elizabeth Block, 25, passed away on Monday, September 12, 2016, in Athens, Georgia after being struck by a drunk driver while biking with friends. Ashley was born on May 6th, 1991 in Johnson City, TN to parents Dr. William Arthur Block Jr. and Teri Odom Block of Jonesborough. She attended schools in Johnson City through 7th grade then moved with her family to Minnesota. She then attended and graduated valedictorian from Minnehaha Academy in Minneapolis, MN in 2009. She then graduated Summa Cum Laude from the University of the South in Sewanee, TN, in 2013. She was currently attending the University of Georgia as a PhD student in the Department of Anthropology and Integrated Conservation where she had received the prestigious UGA Graduate Research Fellow Assistantship Award.

Due to her spirit of hard work and determination, she received many awards of which she was very proud including the Yeatman Biology Award. She was twice recipient of the High School Academic All American Award in Lacrosse and a four time recipient of a university letter in Cross Country.

She was a proud member of Kappa Delta Sorority and a member of Phi Beta Kappa. She attended and served God at Emmanuel Episcopal Church in Athens, GA. Ashley enjoyed life and everything it had to offer. She loved music, art, cooking, animals, and was an especially fierce advocate for the earth. She truly planned to save the world. Her dreams knew no bounds.

Her friends and family remained her focus despite her many endeavors. Without exception everyone who knew her received her unconditional love. She made everyone she met feel special and valued. She was an avid runner, cyclist and triathlete, having completed more events than one could count. Her good sportsmanship and love of competition was unequaled. Most of all, she loved being in the company of fellow competitors. She traveled the world and loved making new friends across the globe.

Ashley was preceded in death by her grandfather, William Arthur Block, Sr. and her grandmother, Betty McAvoy Odom.

A Memorial Service to honor the life of Ashley Elizabeth Block will be conducted at 1:00 PM, Tuesday, September 20, 2016, in the Chapel of Peace at Tetrick Funeral Services, Johnson City, with Father Spenser Simrill officiating. Music will be under the direction of Martha Painter. A Committal and Inurnment service will be held in Sewanee, TN, at a later date.

The family will greet friends and share memories on Monday, September 19, 2016, from 4:00 PM till 7:00 PM at Tetrick Funeral Services, Johnson City.

In lieu of flowers and gifts, the Blocks have asked that donations be made in Ashley's name to any of the following organizations that were closest to her heart: Athens Area Humane Society, www.athenshumanesociety.org, Emmanuel Episcopal Church in Athens, GA, www.emmanuelathens.org, or Sewanee Annual Fund (one of Ashley's goals was to have 100% class participation, no matter the amount) annualfund.sewanee.edu.

Words of sympathy and encouragement may be sent to the family through our website, www.tetrickfuneralhome.com. Tetrick Funeral & Cremation Services, 3001 Peoples Street, Johnson City, TN, 37604, (423) 610-7171 is serving the Block family.

1991 - 2016
Published by Athens Banner-Herald on Sep. 17, 2016.
To plant trees in memory, please visit the Sympathy Store.
MEMORIAL EVENTS
To offer your sympathy during this difficult time, you can now have memorial trees planted in a National Forest in memory of your loved one.
Funeral services provided by:
Tetrick Funeral Services - Johnson City
MAKE A DONATION
MEMORIES & CONDOLENCES
8 Entries
I am truly very sorry for your loss.JOHN 16:32, says:I AM NOT ALONE, BECAUSE THE FATHER IS WITH ME.
Henderson
September 22, 2016
I give my condolence to you and your family with the word of comfort from the Bible. Throw all your anxieties on God, because he cares for you, "-1Peter 5 :7.
Sandra Pritchett
September 21, 2016
As the days and weeks pass, and as you return to life's routine, may you continue to feel comforted by the love and support of family and friends. 2 Corinth 1:3-5
TB
September 20, 2016
Dear Teri, Bill and Will,

Ashley was beautiful, inside and out.
Her countenance shone with confidence, purpose and kindness of spirit because she was loved, cherished and nurtured from the day she was born.
We are heartbroken that this wonderful young woman, this luminous soul has been taken from you.

We pray that God will comfort and sustain you now, during this very difficult time, and throughout the years to come.


With much love,
Carolyn and Rick Wielde

Minneapolis, Minnesota
Carolyn & Rick Wielde
September 19, 2016
All of our love to the Blocks.
John Gilmer
September 19, 2016
Bill, Teri and Will:
Our hearts go out to you, and we extend our deepest and heartfeldt sympathy over the loss of lovely Ashley. Such a beautiful force within her and everyone lucky enough to have met her knew it immediately!
Our love and prayers are with you this week and thereafter as you celebrate her, send her to God and somehow breathe in and out until you are with her again.

May God be with you, every single step.
All of our love,

Michele, Robert, Tucker, Lily & Anna Landis
Michele Landis
September 19, 2016
My condolences to her family and friends. A life taken too soon. God bless you all.
Myra
September 17, 2016
I went online to see if a co-worker who passed yesterday was posted in the obituaries. In my search, I came across the life of your dear loved one. What a life she lived in just 25 years. No doubt the family is very proud of all she accomplished. Though I don't know Ashley at all, I was deeply touched by all that was mentioned about her.