On behalf of the University/Resident Theatre Association (U/RTA), I write to express our profound sadness at the news of Gus’ death. He was an extraordinary professional artist, teacher and mentor, as attested to by his resume. He was a compassionate, wise and humorous individual, as witnessed by his friends, colleagues and students. We are all appreciative of having had Gus with us. He will be deeply missed.
Scott Steele
April 29, 2008
Mrs. Staub and family,
I am so sorry to hear about Dr. Staub's passing. He had such a profound impact on my life - as he had with countless others. How could he not? His boundless energy, quick wit, incredible imagination and intelligence pushed me to strive beyond my own perceived limitations. His influence still looms large in my life. My best wishes are with you all. I hope that, with time, you can take comfort in the happy memories of Dr. Staub - there are many.
My sincere condolences -
Mandy
Mandy Munnell
April 29, 2008
Pat

I knew Gus from the Wiggley Field Dog Park. I knew him as "Josie's dad" before I knew him personally. I grew to be very fond of him and appreciated his humor and wisdom. Talking with him each morning was a highlight of my day. He will be sorely missed by his human and canine friends.

My prayers are with you.

Debby Moriarity, and Sunny
Debby Moriarity
April 27, 2008
A distinguished member of The College of Fellows of the American Theatre. He will be missed by his Fellows.
Jack Clay
April 27, 2008
Pat: Gus was a terrific guy, and I count myself fortunate to have known the both of you. Know that the blessings of thousands are with you, in remembrance of his great gifts to theatre education, and to theatre as well.
Alan Woods
April 26, 2008
A great teacher and mentor. He touched so many people's lives. I know he was a giant in my life as a student at Florida and New Orleans. Taylor Brooks
Taylor Brooks
April 25, 2008
Wow I just found out this afternoon. I think that Gus had a more profound effect on my life and how I view the world, not just theatre, than anyone else. I don't know where I would be without the years I spent with him. What he was about means so much to me. I just keep trying to fill that elusive vacuum. The more I live the more I turn to what he talked about and how it is really about life--real life. I hope everyone is alright. May God bless you and keep you close.
Beau Phillips
April 25, 2008
Dear Pat,
We are so saddened to learn of Dr. Staub's death. The world is a bleaker place without him. He had tremendous impact on our lives and careers. We often hear his words coming out of our mouths in the classroom. We will be sure that our students know of him, his work, and his legacy to them. Our thoughts and prayers are with you and Laurie.
Love, Tom Pender and Judy Midyett Pender
Judith Pender
April 25, 2008
Dear Pat and family,
I cannot tell you how blessed I am to have known and learned from Dr. Staub. I studied with him from 90-93, and worked with him extensively at Highlands and the Georgia Rep. There's not a day goes by I don't notice a Staubian element in my work and life. And I feel him guide me still, even in his passing. May you find peace and comfort in these trying days. Much love,
Clint Thornton
Clint Thornton
April 25, 2008
Please accept my deepest sympathies.
Tim Habeger
April 25, 2008
Pat and Family,
May God ease the pain of your hearts during this difficult time. I was just thinking of Gus a few weeks ago. I had a chair on my head (an homage to Dr. Staub) while directing a show and I could not help but recount so many fond memories of Gus to my students. I continue to use the terms and techniques that Gus taught so well and I even attempt to pass them on with as deft a hand. My sympathy to you and yours!
--Thomas
Thomas Keating
April 24, 2008
Offering our deepest condolences during this difficult time.
Lord & Stephens Funeral Homes East Chapel
April 25, 2008
I was a graduate student in Dr. Staub's program at UGA from 1986 - 1988. His mentorship and guidance allowed me to realize my success in the acting profession, but more importantly; in life. He will continue to remain a guide for me and countless others who had the good fortune to have known him. He was truly a great man. My condolences to his family.
James Michael Tyler
April 24, 2008
Miss Pat!

I've been thinking so much about your cute fellow the last couple of days, and the thing that I can't seem to get away from, so loud in my head, every time I think of Dr. Staub is his voice... "move quickly like little roaches"... "get in there with your goodie"..."mind your part!..."just sit there on your little tomato"..."Depeche! Depeche!" I believe he trained me well, for me to still hear him so clearly! He was such a formitive and formidible force that taught and shaped and changed in a thousand ways that wide-eyed seventeen year old girl who wanted to be an actress. There are many teachers in our lives, and he has his own LARGE chapter in mine. 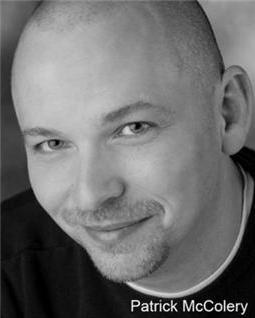 My sincere condolences to Pat and the rest of the Staub family. I was a theatre major at UGA from 1984 to 1989 and was in numerous Staub productions at school and at Jekyll Island. I'll never forget him and will always be grateful for the opportunities he gave me. I'm a theatre professional today, and still use tools and techniques I learned from Dr. Staub. He touched so many people, and his extended theatre family is vast (also known as his "babies"). Rest in peace, Dr, Staub. I like to think you used your "skyhook" straight up to Heaven. Best wishes,
Patrick McColery
April 24, 2008
Pat:
Gus' support and friendship meant a great deal to my career and our family benefit and wellfare. I personally greatly value our shared experiences in departmental work and theatrical productions. I am particularly proud of the productions we created together. Agnes and I send you our heartfelt condolences and will remember you in our prayers. Please feel free to call on us for anything you might need.
Joe and Agnes Stell
W Joseph & Agnes Stell
April 24, 2008
Showing 1 - 24 of 24 results