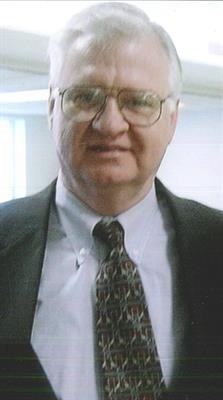 Born in Mullins, SC in 1943, he grew up as the son of a local movie theater owner and was a gifted athlete. After graduating high school he joined the Air Force and was stationed in Florida where he met his wife, Tommye Gaye, a public school teacher. He was proud of his service in the Air Force, but had the unusual job of "playing 2nd base for his country," as he always said, traveling and playing exhibition games with the Patrick Air Force Base team.

In 1968, he graduated with a Bachelor of Science from Mississippi College and moved back to Florida to work in the burgeoning aerospace industry during the height of the Space Race, which fueled his lifelong love for the space program. After relocating to Houston, Texas in 1974, which became "home base" for 30 years, he had a long, and successful career in the oil and gas industry working for Bechtel and Exxon Mobil. His adventurous spirit and strong work ethic prompted him to take many assignments overseas working on oilfield blowouts, and he traveled the world-often with his family in tow-living in places as diverse as Medan, Indonesia and Princeton, NJ before always returning to his adopted state of Texas. He ended his career in the environmental auditing industry, working in Washington, DC for Clean Sites, Inc., and eventually founding his own company, ERI Audit.

After his retirement, he and his wife relocated to Watkinsville, GA to be near their daughter and extended family, and became members of Beech Haven Baptist Church. He was known to his many friends and family as a generous, fun, and loving man who was devoted to his family and felt they were his greatest accomplishment. He considered his final and greatest job to be "full-time granddaddy," a position he said he was born for.

In lieu of flowers, donations can be made in his memory to the University of Georgia Office of Service-Learning.

Lord and Stephens, East is in charge of arrangements.

To plant trees in memory, please visit our Sympathy Store.
Published by Athens Banner-Herald on Nov. 10, 2016.
MEMORIAL EVENTS
No memorial events are currently scheduled.
To offer your sympathy during this difficult time, you can now have memorial trees planted in a National Forest in memory of your loved one.
Funeral services provided by:
Lord & Stephens Funeral Home - East Chapel
MEMORIES & CONDOLENCES
4 Entries
I want you to know that this man right here was the most humble man I know, he had a heart of gold and he is truly missed. Keep resting my friend.
Alice Daniels
Friend
November 4, 2020
Tommye and Shannon,

Sharon, the girls and I are so sorry for your loss. Jim was always very kind to me, and interested in the latest updates on Virginia and Olivia. Please know that the Synan family will be praying for your family.
Jim Synan
November 15, 2016
Tommie,
Words can't explain how I felt when Jim called me with
this news. I am praying for you & the family. Earth has no sorrow that heaven cannot heal. He was the best of best & I will forever cherish his laughs, our talks & he always would say I love you. A life well lived. Keep your hands in God hands he will see you thru & remember to be absent from the body is to be present with the lord. He is resting now in his new heavenly home.
I love you all & if you need me I am a phone call away.
Alice Daniels
November 11, 2016
Offering our deepest condolences during this difficult time.
Lord & Stephens Funeral Homes East Chapel
November 10, 2016
Showing 1 - 4 of 4 results