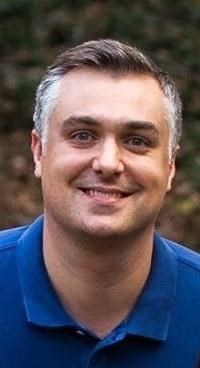 Matt was born on January 30, 1981 in Gainesville, Ga. He graduated with honors from Gainesville High School, a BS in Biology from the University of Georgia, and a Doctorate of Medicine from Mercer University in Macon, Ga. He was anticipated to graduate this June from the Otolaryngology residency program at Washington University in St. Louis, MO. See www.boppchapel.com for arrangements.
Published by Athens Banner-Herald on Jan. 26, 2017.
To plant trees in memory, please visit our Sympathy Store.
MEMORIAL EVENTS
To offer your sympathy during this difficult time, you can now have memorial trees planted in a National Forest in memory of your loved one.
Funeral services provided by:
BOPP CHAPEL
MAKE A DONATION
MEMORIES & CONDOLENCES
8 Entries
Words can never express how sad we are for you guys. Matt was always the young man that every parent wished that their son would be like. The fond memories of his scouting days, the basketball days, and just being Katie's wonderful big brother will always remind us of just what a wonderful person he was. You know that our thoughts, prayers and hugs will always surround you.
Alice and Jim Huey
February 6, 2017
We are sorry for your loss and will keep you in our prayers.
Christian Hospital
February 1, 2017
I send my condolences to the family and friends in the loss of such a talented young man.
Louise Morrison
January 28, 2017
Debbie and Mike, I have no words except that I love you and am carrying you in my heart. I will talk to you later to learn whatever I might do to help you.
Brenda Arrington Poss
January 28, 2017
So sorry for your family's loss of Mr. Barton. May your family's memories of the good times you shared and strength God gives in our times of sorrow help you through this most difficult time. Psalms 119:76
M J
January 27, 2017
My deepest sympathy is with you, Mike and Debbie. I cannot imagine the pain that is happening now for your family and Matt's. I am holding you close to my heart. May your memories sustain you during this time of grief.
Betsy Arrington
January 26, 2017
Matt was a classmate of my son, Carl Smith.
They were Eagle Scouts together in Troop 26 in Gainesville, Georgia.
Remembering your family with love.
Jan Smith
January 26, 2017
Sending our deepest condolences and love to all Matt's famiy, friends and colleagues.
Regina and Jim Southerland
January 26, 2017
Showing 1 - 8 of 8 results