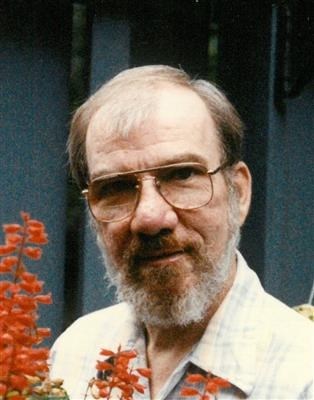 BORN
1935
DIED
2015
FUNERAL HOME
Lord & Stephens West Funeral Home
1211 Jimmy Daniel Road
Watkinsville, GA
Thomas John Crowley, 80, a friend of Bill's, died at his home in Bogart, GA. after a long series of illnesses. His life-long love of film and photography began when he was thirteen. He was interested in all kinds of media and won many awards and commendations.

He came to Athens in 1969 as a film producer and director for GPB where he made several hour-long films in the "Great Georgians" series. At work with the Department of Offender Rehabilitation, he specialized in the training of new corrections hires in firearms and civilian protection. He outfitted a bus for the purpose of public relations. He even created the text for a comic book aimed at new offenders called "The Way Out." Wedding photography and fine art photography were part of a career as a self-employed professional.

Tom is survived by his wife of 40 years, Rosemary F. Franklin; sons Sean Thomas and Timothy John Crowley; a sister Pat Jarmusz; a niece Rosella McCabe, a nephew John Maraglino, a niece Patti Langley. His parents were a deceased mother Rosella Mandzi and his father John Kenneth Crowley, also deceased, Buffalo, N.Y. is the home of all family members.

In lieu of flowers he would like to ask for donations to "Doctors Without Borders." https://donate.doctorswithoutborders.org

A celebration of Tom's life will be held in the fellowship hall of Covenant Presbyterian Church on Gaines School Road at 4:00 on June 13.

Lord & Stephens West is in charge of arrangements. www.lordandstephens.com

Published by Athens Banner-Herald on May 26, 2015.
To plant trees in memory, please visit the Sympathy Store.
MEMORIAL EVENTS
To offer your sympathy during this difficult time, you can now have memorial trees planted in a National Forest in memory of your loved one.
Funeral services provided by:
Lord & Stephens West Funeral Home
MAKE A DONATION
MEMORIES & CONDOLENCES
2 Entries
Mr. Tom was one my best patients and a great joy to take care of. I am truly going to miss him. God Bless to the family, Love you Mrs. Rosemary.
Elaine Fields
May 27, 2015
Offering our deepest condolences during this difficult time.
Lord & Stephens Funeral Homes West Chapel
May 26, 2015
Showing 1 - 2 of 2 results