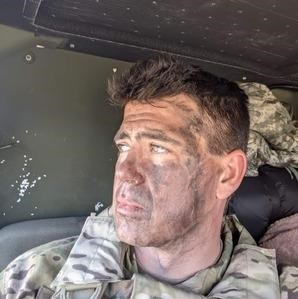 FUNERAL HOME
Harbor Lawn-Mt. Olive Memorial Park & Mortuary
1625 Gisler Ave
Costa Mesa, CA
Staff Sergeant Alexander Joseph "A.J." Stolp passed away on May 20, 2021. A.J. grew up in Costa Mesa, CA. After graduating from Estancia High School, he moved on to Orange Coast College and then Cal State Long Beach where he earned a BA in History. After graduation, A.J. decided to pursue his true calling, which was to join the military. He enlisted in the U.S. Army in 2011 and began training as an Intelligence Officer. Serving in the military was one of his greatest joys, as he earned each rank with great honor. He was stationed in various locations around the U.S. and did two tours of duty, one in Afghanistan and one in Romania. He was also inspired to pursue training in Krav Maga and Ju Jitsu. In addition to his military service, A.J. was an avid reader and artist, who had a love for astronomy, computer and video games, and the outdoors. During his years in the Boy Scouts of America, he spent numerous nights camping and backpacking in various places around California, including the summit of Mt. Whitney. He also earned his certification as a dive master in recreational scuba diving. A.J. is survived by his mother Debi, his father Thomas, his brother Travis, his grandparents Jim and Joan Stolp, his Uncle Tim (Sharon), his Uncle Jerry (Karen), his Aunt Keli (Dan), and his cousins. The tremendous amount of love and support shown by his extended family, friends, and comrades has been deeply appreciated by the Stolp family. A.J. is deeply loved and will be greatly missed. Memorial services will be held on June 12, 2021, at 2:00 p.m., at Harbor Lawn Mt. Olive Mortuary, 1625 Gisler Avenue, Costa Mesa, CA. In lieu of flowers, please make a donation to any suicide prevention organization of your choice.

To plant trees in memory, please visit our Sympathy Store.
Published by Orange County Register on May 29, 2021.
MEMORIAL EVENTS
Jun
12
Memorial service
2:00p.m.
Harbor Lawn-Mt. Olive Memorial Park & Mortuary
1625 Gisler Ave, Costa Mesa, CA
Funeral services provided by:
Harbor Lawn-Mt. Olive Memorial Park & Mortuary
MEMORIES & CONDOLENCES
Sponsored by Harbor Lawn-Mt. Olive Memorial Park & Mortuary.
5 Entries
My husband and Alex served together in Afghanistan and my husband said how much he liked Alex and hanging out with them and Alex also helped us out when we went on vacation and he watched our house in our German Shepherd my husband said the only person I trust to do this is Alex he also came over and ate dinner with us and my daughters And they absolutely adore Alex we played Yatzy and Alex won
I am so grateful to have met him and have these memories of him. I am incredibly sorry for your loss but now we have Alex as Our guardian angel God bless
Heidi Ostwald
Friend
June 12, 2021
I never had the pleasure of meeting AJ but heard wonderful stories about him from his mom. Debi, Tom & Travis no words can express how my heart is breaking for you & your loss. Your entire family is in my thoughts & prayers during this awful time.
Michelle Russo
Coworker
June 7, 2021
Although I never met AJ, over 20 years I've learned all about him through the love and proud stories from my friend Debi, his mom. Wonderful man. Thank you for your Service and prayers for the whole family!
Stephanie Noble
Friend
June 7, 2021
Thank you for your service to America. May you rest in peace and be held in the hands of our Lord in heaven, SSG
A Mom
Acquaintance
June 3, 2021 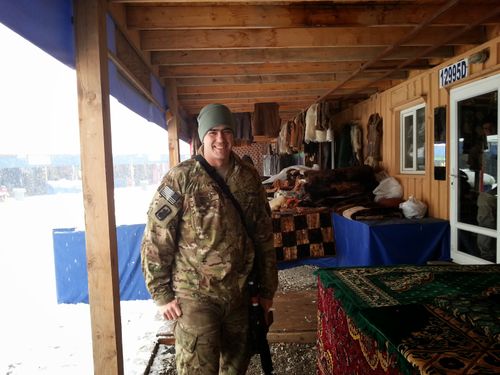 My condolences to the family. He was a great guy and will be missed.
Jayson Bryant
Served In Military Together
June 2, 2021
Showing 1 - 5 of 5 results