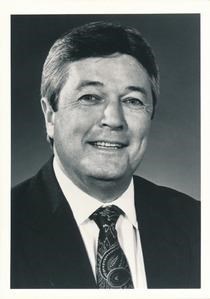 ABOUT
Mater Dei High School
Dennis Lee Condon, an entertainment executive and visionary, died on October 16, 2021, at the age of 78 in Tacoma, Washington. Dennis, or Denny as he is affectionately known, is survived by his wife of over 30 years, Cristine Peltzer Condon, his daughters Holly Gray (m. Edward Gray) and Carrie Wisely (m. David Wisely), his stepsons Domenic Rossetto Jr. (m. Jill Jensen Rossetto), Kenneth Rossetto, John Rossetto, and Thomas Rossetto (m. Jennifer Olivas Rossetto). Denny was proud grandpa to Jack Wisely, the late Danielle Rossetto, Antony, Emily, Sam, and Ben Rossetto and great-grandpa to Parker Rossetto, Jordynn and Collins Brown. He was a beloved brother to Sharon Curry and Michael Condon (m. Joan Heineke Condon). Denny was born in Bloomington, Illinois to Richard and Gladys Botts Condon. His parents and siblings migrated to California in 1959 with his uncle, aunt, and cousins in search of a more prosperous life. Settling mostly in Orange County, Denny attended Mater Dei High School and then went on to earn his B.A. in Theater and M.A. in Directing, both from California State University at Fullerton. Denny proudly served as a Journalist and Broadcaster in the U.S. Army Reserves during the Vietnam War. Denny was incredibly passionate about his life-long work in entertainment. He started as a stagehand and worked his way through almost every position in live entertainment to master his craft. He then moved up to positions in talent management, directing, casting, and producing in theme parks, attractions, shows, and events throughout the U.S. and beyond. Denny's career was rich with accolades and notable achievements including roles at Disneyland, Magic Mountain, The Dick Clark Agency, Reno Convention Bureau, and most recently with Capitol International Productions. He's been lucky enough to work with Marvin Gaye, Wolfman Jack, Frankie Avalon, and countless others. Mentoring was an innate skill and many attribute their work ethic and success to his guidance. Above all else, Denny was a devoted and cherished family man. His wife, daughters, stepsons, and their families all adored him as he did them. He was an expert at developing strong bonds and loved sharing good times with family and friends. Denny was an incredible storyteller, purveyor of jokes, and master of the Thanksgiving Turkey. His personality was larger than life and would light up any room. To say he is loved and will be missed is an understatement. In lieu of flowers, the family appreciates donations to the Parkinson's Foundation or The Michael J. Fox Foundation.

Published by Orange County Register on Nov. 21, 2021.
To plant trees in memory, please visit the Sympathy Store.
MEMORIAL EVENTS
To offer your sympathy during this difficult time, you can now have memorial trees planted in a National Forest in memory of your loved one.
MAKE A DONATION
Please consider a donation as requested by the family.
MEMORIES & CONDOLENCES
Sponsored by The Orange County Register.
1 Entry
Shock to see Denny's passing. We went all through grade school together (St Mary's) and two years at Trinity HS. We had stayed in contact the last few years via internet, lost contact last X Mas. He was a good old friend to say the least.
Thomas Chambers
November 21, 2021
Showing 1 - 1 of 1 results