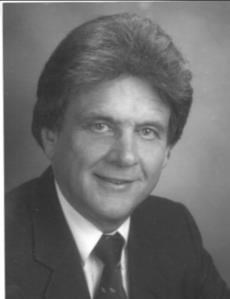 BORN
1943
DIED
2021
August 4, 1943 October 23, 2021 CEDAREDGE, CO Gary Richard Salisbury, former Manager of Entertainment at Knott's Berry Farm and one of the creators of its legendary Halloween Haunt, died on Saturday, October 23 after a 6-month illness. He leaves behind his loving daughter Cheryl Meyers (Jack), grandsons Garrett and Chase, and sister Diane. Gary was born to Richard and Lorraine Salisbury on August 4, 1943, in Los Angeles, Calif. He spent his early years in California before the family relocated to Highland Park, Ill. in 1958. Gary graduated from Highland Park High School and attended the University of Illinois. He began a career in law enforcement at the age of 22, when he was hired by the police department in Rolling Meadows, Ill. As a police officer, Gary received several commendations and made headlines when he delivered the first of twin girls as a first responder on the scene. But Gary's true calling came at age 26 upon returning to California. He was hired at Knott's Berry Farm in Buena Park as a gold miner in the Pan for Gold exhibit. It was the start of a 19-year career with the theme park that eventually led to the position of Manager of Entertainment. During his tenure at Knott's, Gary was instrumental in creating some of the park's most iconic events. With a co-worker, he developed Knott's first stunt program, writing the scripts and performing in the stunts that depicted Wild West gunfights, saloon brawls, and hold-ups. Gary was also on the creative team for the first Halloween Haunt, the largest and longest-running event of its kind. After discovering his 18-year-old daughter going to teen dance clubs in Hollywood, he proposed that Knott's start a teen club of its own. Studio K was a hit, increasing teen attendance at the park by 200,000 a year. After leaving Knott's, Gary continued his entertainment career, focusing on large-scale special events first in Southern California than Nevada and Arizona. Upon retiring in 2009, Gary took up residence in Golden Valley, Ariz., near Kingman, until recently moving to Colorado to be near his daughter. Gary will be remembered as a mentor, devoted father, and as someone who "never had a dull day at the office."

Published by Orange County Register on Nov. 21, 2021.
To plant trees in memory, please visit the Sympathy Store.
MEMORIAL EVENTS
To offer your sympathy during this difficult time, you can now have memorial trees planted in a National Forest in memory of your loved one.
MAKE A DONATION
MEMORIES & CONDOLENCES
Sponsored by The Orange County Register.
2 Entries
Gary hired Annie and I to teach dancing at a week long Country event at the Colorado Belle! I´ll never forget driving in to town and seeing my name on the Marquee, along with The Harvey Walker Band! What a treat, and what a great weekend! We often talked about that fun gig/weekend, that he was responsible for! Bill Medley was appearing down the street at The Riverside! I called him and told him we were appearing at the Colorado Belle and that some of my dancers would like to come and see his show! Bill asked how many and I said, "I don´t know, 20 to 30!" He said bring `em, lol! He got all of us in, then introduced Annie and I and had us come up and dance to "Red Dress"! Don Laughlin then came up to us backstage and wanted me to teach him some drops we did, which I did, lol! All of this great event in my life happened because of Gary! RIP my friend! and thank you!
Tom Potts
Work
November 21, 2021
The most handsome, devoted, and fun boss I ever had. Performing at Knotts Berry Farm for all those years with Gary at the helm will remain a lifetime highlight. Blessings to the family and rest in peace dear cowboy.
Faye Nesbitt Elder
Work
November 21, 2021
Showing 1 - 2 of 2 results