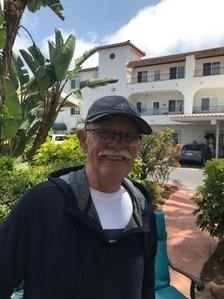 With broken hearts we announce the passing of William Heslington on December 14th, 2021. Loving husband, father, stepfather, grandfather, friend and doggy dad. Born January 13th, 1937 to Thomas and Leila Heslington in Miami, Florida. Bill lived his early years in rural, central Florida where he had fond memories of riding his pony to school. At age 11 he announced he wanted to attend military school. His father enrolled him in Georgia Military Academy, he thrived on discipline and structure. He and his father eventually relocated to Southern California, where he attended the Southern California Military Academy and then Brown Military Academy. Upon graduation he enrolled in the USMC. A more proud Marine you will never meet. After mustering out of the Marine Corps he attended CSULB and graduated with a bachelor of science degree in business. He then began working for First American Title Insurance Company. He retired after 34 years as SR. V.P. National Accounts Director. Bill has 4 children with his first wife, Eva. Patsy, Eric, Brian and Andrea. In 1989 he married Lane and became the best bonus dad to Ty and Summer Ellis. They had 34 wonderful years together filled with traveling and adventures and lived in beautiful places. An avid golfer, tennis player, gardener and outdoorsman. While living on Kiawah Island, Charleston, South Carolina he marshalled at the Ocean course. In Bend, Oregon he drove the VA van taking veterans to medical treatments at the VA hospital in Portland. Bill loved his family dearly. He was a kind, gentle man full of honor, dignity and integrity. He always had a smile on his face and a positive attitude. He is dearly missed. He is survived by his loving wife, Lane. Children Patsy (Mark) Sanquist, Eric, Brian, Andrea (BJ). Step children, Ty (Tieumi) Ellis, Summer (Josh) Plummer and 9 grandchildren, Matthew, Ethan, Dylan, Mila, Chloe, Cole, Cade, Sierra and Brooke and his beloved border collie, Gin. We are forever grateful to the amazing caregivers at Nora's Place 1 and all the compassionate and dedicated hospice nurse's at Care Choices.

Published by Orange County Register on Jan. 9, 2022.
To plant trees in memory, please visit the Sympathy Store.
MEMORIAL EVENTS
To offer your sympathy during this difficult time, you can now have memorial trees planted in a National Forest in memory of your loved one.
MAKE A DONATION
MEMORIES & CONDOLENCES
Sponsored by The Orange County Register.
2 Entries
The world is surely diminished by his loss.
Carolyn Bonanno
January 15, 2022
The U.S. Marines, Navy Fleet Marine Force Corpsmen, FMF Chaplains, and Associate Members of the E. T Brisson Detachment #063 of the Marine Corps League in Naples, Florida, hereby salute and recognize William Heslington for serving God and his country by becoming a United States Marine. We honor his memory and valiant service to our Corps and our great Nation. Please accept our heartfelt sentiments as a token of our esteem and admiration of his L´Esprit du Corps. Semper Fidelis.
Marines of the Marine Corps League Naples, Florida
Other
January 10, 2022
Showing 1 - 2 of 2 results