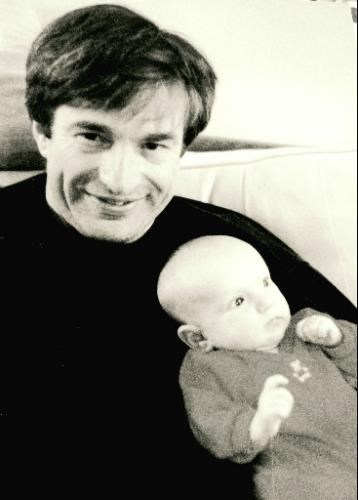 BORN
1953
DIED
2020
Allan E. Ingram
Sept. 26, 1953 - April 2, 2020
Allan E. Ingram, then 66, a resident of Hopewell, died after a sudden aortal disection on April 2, 2020.
He was born to Elton and Peggy (Florine) Ingram, in McMinnville. He went through schools in Amity, graduating from Amity High in 1972. He attended Willamette University, where he played basketball. He graduated from Oregon State University in 1976 with a degree in General Engineering.
His engineering career began at Ford Motor Company. He later moved to Bonneville Power Administration, where he filled a number of roles throughout his career, until he retired in May 2018.
On Sept. 15, 1984, he married Shelley Johansen. Their home was in Beaverton.
Allan was a devoted father.
Among his many interests were the family farm and Ingram Estate vineyard, and he wanted to restore the native oak prairie to his land. He was pursuing his 4th degree in Tae Kwon Do.
He is survived by his son, Alexander Ingram. Other survivors include sister, Betty O'Brien; and many cousins including, Stanley Pongratz (Marcia and son, Joe and daughter, Anne), Kathy Pongratz Delaney and her daughter.
A commemoration of his life was deferred due to Covid; it is now planned for 11 a.m., Saturday, Sept. 25, 2021, at the family memorial at Elton Vineyards. A picnic-style lunch will follow at the O'Brien garden.
Please sign the online guest book at www.oregonlive.com/obits
Published by The Oregonian from Sep. 21 to Sep. 22, 2021.
MEMORIAL EVENTS
Sep
25
Service
11:00a.m.
the family memorial
Elton Vineyards, OR
MAKE A DONATION
MEMORIES & CONDOLENCES
Sponsored by The Family.
5 Entries
I was shocked today to see "Big Al's" obituary We were best friends in high school and have always been close. We have not been able to see each other after marriages and life. I will miss "Bib Al" tremendously.
Bob Rodgers
Friend
September 25, 2021
We were shocked and quite saddened to hear of the news in 2020. Al was such a nice person and a friend to our family for many years. He was an enthusiastic parent and supporter of education. He was an instrumental parent volunteer in getting the Lego Robotics group into competing form at PFS. The last time we saw Al was when we were invited to see the total solar eclipse at the farm. Good wine, good food, and a great way to remember him, eclipse sunglasses in one hand and a cup of coffee in the other. Alex, he loved you dearly; I hope you always will remember. The Stark Family
Karen Stark
Friend
September 23, 2021
My condolences to Al's family. I was so sorry to see this obituary notice. I hadn't seen Al in decades but recognized his photo right away. I knew him when he lived in Corvallis and took several years of dance classes with him at Corvallis School of Ballet. I remember him and those days fondly. We had the best time. Rest in Peace, Al.
Linda Walter
Other
September 23, 2021
I am so sorry to hear about Al. He was an inspiration of balance in the workplace and in his homelife. My heart goes out to his family.
Doug couch
Work
September 22, 2021
Just now learned of Al's passing, and I'd like to offer my condolences to his family and friends. Al was one of the very first colleagues I had the opportunity to work with at BPA in renewable energy, back in 1981. Al was confident, engaging, supportive and friendly - always focused on finding workable solutions to problems that involved both people and technology. Years later in 2015, when I returned to BPA as a temporary contractor, feeling really out of place like a prodigal son, Al was there to greet me with a welcoming smile and words of encouragement. That's how I will remember Al.
Thomas White
September 22, 2021
Showing 1 - 5 of 5 results