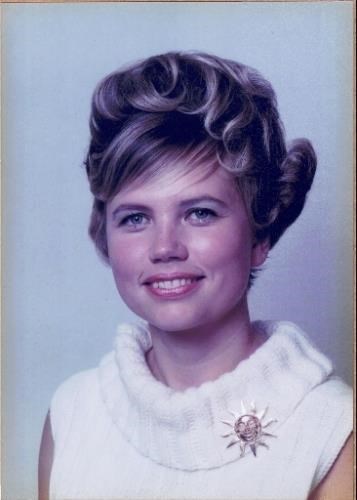 BORN
1941
DIED
2021
Bonnie (Bay) Howells
March 24, 1941 - Nov. 19, 2021
Bonnie Howells passed away in Portland, Ore., Nov. 19, 2021, with her husband and best friend for 66 years at her side.
Bonnie Rae Bay was born in Boise, Idaho March 24, 1941, the first child of Ray and Norma (Hackney) Bay. When the war began, she moved to Oregon with her mother and spent her early childhood living with her grandparents Floyd and Terry Hackney. Bonnie's parents later settled in northeast Portland where Bonnie attended grade school at the famed Kennedy School.
After Bonnie enrolled at Jefferson High School, the world would never be the same. The school sponsored a girl-ask-boy Sadie Hawkins dance that fall, and she invited sophomore Dick Howells to be her date. Although they were just 15 and 16 years old at that dance, Dick and Bonnie would be together for the rest of their lives.
Bonnie's high school classmates voted her the "friendliest freshman," an honor her family would tease her about for decades. Bonnie served on the rally squad and as a princess on the school's homecoming court. She was also known for her academic prowess, excelling in such classes as honors mathematics, chemistry, and physics. She was very competitive scholastically with her lifelong friends, Terry and Harry.
Bonnie Bay married Dick Howells in 1961, and the couple moved to Eugene, Ore., where Dick began his career in the hotel and restaurant business. They had two children, Kelley and Blake. In 1973 Dick's work took him to Black Butte Ranch in Central Oregon, and Bonnie fell in love with the unique resort in the Cascade Mountains. They would live there for the next 46 years, most of that time in a home they built in Glaze Meadow.
When Dick went into the real estate business in 1980, Bonnie soon joined him and opened a successful vacation home rental business. She was especially proud of the quality of the homes that were offered for rent and loved seeing families and friends spend time together. You could often see her cruising the ranch in her red "BBR" VW Bug.
The late 1990's brought grandchildren, five in all, and Bonnie couldn't get enough of them. She enjoyed surprising them with treats such as root beer floats on the deck. The family often vacationed together in special locations, and Christmas at the Ranch was always a memorable affair, especially when it snowed.
Bonnie also loved her many friends, both the old ones and the new ones, and they loved her back. She will be remembered for the joy she exhibited when she was with her friends and the sound of her laughter.
Bonnie was kind and courageous throughout her long illness, and her family is forever grateful to the caregivers who watched over her. She will be missed by everyone, including Dick and Bonnie's beloved Havanese, Leo.
Bonne was predeceased by her sister, Brenda Ann Mitchelson; and her brother, Nicholas James Bay. She is survived by her sister, Debbie Beasley (Mark); her sister-in-law, Glenda Bay; her husband, Dick Howells; her children, Kelley Howells (David Wartofsky) and Blake Howells (Liz); her grandchildren, Ben Wartofsky (Ellie), Ellie Howells, Jacob Wartofsky, Katy Howells and Drew Howells; and several nieces and nephews, including Nick Beasley and Katie Beasley who were an integral part of her care team in her final years at Black Butte Ranch.
In lieu of a service, the family suggests honoring Bonnie with a donation to a charity of your choice.
Please sign the online guest book at www.oregonlive.com/obits
Published by The Oregonian from Dec. 1 to Dec. 5, 2021.
MEMORIAL EVENTS
To offer your sympathy during this difficult time, you can now have memorial trees planted in a National Forest in memory of your loved one.
MAKE A DONATION
Please consider a donation as requested by the family.
MEMORIES & CONDOLENCES
Sponsored by The Family.
7 Entries
I had the honor of meeting Bonnie and Dick Howells In 2017 as one of Bonnie's Caregivers. She had a beautiful smile and a very contagious laugh. I cherish the time I spent with her and the entire Howells family. My heart goes out to all of you. She will be missed.
Hannah Johnson
Work
January 23, 2022
so sorry to hear of your loss. It was a real privilege for me to witness the great care you provided Bonnie and I will miss seeing the two of you. thanks for sharing her story in the obituary; I enjoyed hearing about your life together. wishing you peace.
Joe Quinn-OHSU
December 9, 2021
I knew Bonnie from our high school days. She was a delight to know and always made you feel special. My thoughts are with her family.
Judie Hope Sherk
December 7, 2021
Dick, we are so sorry to hear of Bonnie´s passing. Marilyn & John Wilbur
Marilyn& John Wilbur
Friend
December 6, 2021
I just wanted offer my condolences to your family. For many years I was able to know Bonnie at Black Butte and she was always so upbeat, kind and positive. Such a wonderful lady who touched many lives and made the world a better place.
Carrie Larsen Casebeer
December 6, 2021
Our memory was the smile that was always on her face. We attended several family functions through the years and she was a great entertainer. We will miss her.
Lowell and Sandra Nichols
December 6, 2021
Condolences to us all. I remember our friendship and how great it was even though in later years we seemed to drift apart. She and her husband were in my wedding when I married Timo Patokoski. She was special. Blessings to the family and especially Dick Kathi Maki Patokoski Holmes
Kathleen Marie Holmes
Friend
December 5, 2021
Showing 1 - 7 of 7 results