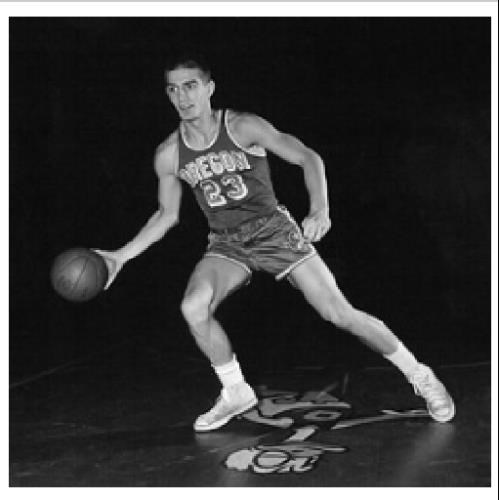 BORN
1938
DIED
2021
Charles Robert Rask
Sept. 6, 1938 - Sept. 9, 2021
Charles Robert Rask was born Sept. 6, 1938, in Spokane, Wash., and died peacefully of natural causes Sept. 9, 2021. Chuck was the son of Harry and Shirley Rask of Vancouver, Wash. Brother to Richard "Dick" predeceased, and his sister, Vicky Rask Krombein of Portland, Ore.
Chuck was married to his high school sweetheart, Judith Irene Hunsaker Rask for over 50 years. They had three children Rob, Renee (Paul Bollinger) and Rich (Lauren Brooks Rask). Chuck and Judy lived for their children and nine grandkids, Erik, Kevin, Grant, Kate, Charlie, Lilli, Brooks, Karli and Paige. Family was everything to them. Judy (predeceased in 2017 from ALZ) and Chuck will be greatly missed. Chuck went to Jefferson High School in Portland, Ore., 1952-1956. At JHS, Chuck played Football, Basketball and Baseball. Chuck was all PIL, and played in the Shriners Football game. Chuck then went to the University of Oregon, 1957-1960. There, Chuck lettered in Basketball for the Fighting Ducks '58-'60. He also was all Pacific Coast League, an All American, and inducted into the U of O Hall of Fame. He was the Bill Baker award winner twice.
Chuck was also a proud member of the ATO House while at U of O. Chuck was one of the most respected Presidents of the ATO House and was referred to as 'The Worthy Master." Chuck spent most of his business career with Pendleton Woolen Mills, as a manufacturer representative, covering the Pacific Northwest.
Chuck requested to be cremated. He also requested there be no public service. Remembrances may be made in the name of Chuck and Judy Rask, University of Oregon Duck Athletic Fund- duckathleticfund.net, or your remembrances can be mailed to Duck Athletic Fund 2727 Leo Harris Pkwy., Eugene OR 97401.
Please sign the online guest book at www.oregonlive.com/obits
Published by The Oregonian from Oct. 8 to Oct. 10, 2021.
MEMORIAL EVENTS
To offer your sympathy during this difficult time, you can now have memorial trees planted in a National Forest in memory of your loved one.
MAKE A DONATION
MEMORIES & CONDOLENCES
Sponsored by The Family.
4 Entries
I was saddened to hear of Chuck's passing. He as a hero of mine who my wife and I had named our first son after. We met at Oregon where I was basketball manager and he showed up as a freshman. He quickly showed that he was the best leader on the floor of any player we had seen. Chuck worked for my dad during the summers and he played AAU ball for Walt Spitznagel aand myself with Claudias after he returned to Portland from the Denver DC Truckers. We kept in contact afterwards and I had talked to him maybe 2 months ago from his home around Sacramento. As a result it was quite a shock to hear of his passing. Gary
Gary Cannon
School
October 24, 2021
So sorry to hear about your dad, I feel blessed to have known the Rask family, Chuck was a stud!
Bucky OBrien
Friend
October 18, 2021
I have a scrap book of him that was probably put together by his parents. If any relative wants it back call me at 360 784 2614. I bought it off of e-bay a few years ago. Has his letters in it, scholarship offers etc.
David Johnson
Other
October 12, 2021
May your hearts soon be filled with wonderful memories of joyful times together as you celebrate a life well lived.
Stefano Vitolo
October 11, 2021
Showing 1 - 4 of 4 results