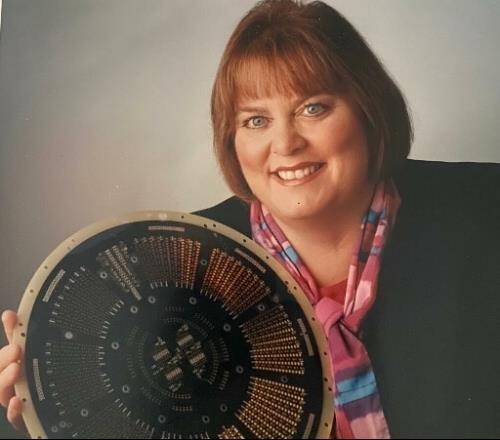 BORN
1952
DIED
2021
Debi Coleman
Jan. 22, 1952 - Oct. 15, 2021
Debi Coleman of Portland, Ore., passed away peacefully Oct. 15, 2021. Debi was born in Cumberland, R.I., and is the daughter of Joan M. Coleman and the late John A. Coleman. Coleman received a BA from Brown University, an MBA from Stanford Graduate School of Business and an honorary PhD. in Engineering from Worcester Polytechnic Institute (WPI).
Coleman is best known for her career achievements starting at Apple Computer. She was part of the original Macintosh team as controller and went on to automate the first Macintosh factory in California. From there she rose at Apple to Vice President of Worldwide Operations, Chief Financial Officer and later Vice President of Information Systems and Technology.
She joined Tektronix in 1992 as Vice President of Operations and Materials. In 1994, she spun out Merix, the printed circuit board operation at Tektronix, in a successful IPO. She left Merix in 2001 and co-founded SmartForest Ventures, an angel investing venture fund. She received the Lifetime Achievement Award from the Technology Association of Oregon in 2021.
She served on several public companies' boards of directors, including Software Publishing Corporation, Octel Communications, Synopsys, and Applied Materials. Additionally, she was a board member at Brown University, Harvard Business School, and Stanford Graduate School of Business. She was also named Henry Crown Fellow of the Aspen Institute.
Coleman's "third act" included work in the mid-2010's as a Tony-nominated Broadway producer, including work on the critically acclaimed smash, Beautiful: The Carole King Musical.
An enthusiastic patron of the arts, Coleman served on the boards of the San Jose Cleveland Ballet, Oregon Symphony and Oregon Ballet Theater. In addition, she strongly supported career opportunities for women in STEM, serving on the boards of the Anita Borg Institute for Women Technologists, as well as the Girl Scouts of Oregon and Southwest Washington.
Coleman is survived by her mother, Joan; siblings, Kevin Coleman, Colleen Bauerle, Daniel Coleman (Linda) and Erin Isselmann (Jack); nieces and nephews, Kevin Patrick Coleman, Brendan Coleman, Alysa Coleman, Sean Coleman, Caitlyn Bosworth, Sarah Dos Santos, James Coleman, Jaryd Coleman, Shayne Coleman, Kailee Coleman, Brenton Bauerle, Amy Isselmann and Carly Isselmann. Coleman was preceded in death by her father, John A. Coleman; and brother, John Patrick Coleman.
Coleman was laid to rest Nov. 5, 2021 with a Mass of Christian Burial at St. Joseph's Catholic Church in Cumberland, R.I., where she was interred. Coleman's life will be celebrated Dec. 20, 2021, at the Multnomah Athletic Club in Portland, Ore.
Please sign the online guest book at www.oregonlive.com/obits
Published by The Oregonian from Nov. 23 to Nov. 28, 2021.
MEMORIAL EVENTS
To offer your sympathy during this difficult time, you can now have memorial trees planted in a National Forest in memory of your loved one.
MAKE A DONATION
MEMORIES & CONDOLENCES
Sponsored by The Family.
3 Entries
Debi -- unique, brilliant, funny, loud and blunt, generous, caring. She was a part of our family life almost as soon as she moved here from California. It started with introducing her to First Thursdays. We would drive, Dennis would let us out, he would park and by the time he got in she would have made her purchases. Despite that, she always called him her "art consultant". She went with us tour son's band gigs. Mark had t vouch for her age once - they weren't going to let her in. She worked with the kids (the urban tribe) to set up for Mark's three-day wedding . Our family gathered at her condo after Dennis' memorial. I will never stop missing her, and her memory is TRULY a blessing.
Mary Ann Buchanan
December 3, 2021
My condolences to Debi's family and friends. She attended one of my writing classes at Marylhurst University, where she produced exceptionally perceptive poetry and prose commentaries. She also recruited me to teach business writing for employees at Merix, where I enjoyed interacting with individuals whose backgrounds ranged from HR, security, engineering, data processing, and marketing to ESL.
Joan Maiers
School
November 28, 2021
My prayers for comfort and peace for Debi's family at this time. I fondly remember Debi's time on the board of Girl Scouts of Oregon and SW Washington. She was a generous benefactor and gracious hostess for several parties for we fellow board members, and she had a wicked sense of humor. The world needs more like her.
Mary Ann Frantz
Other
November 28, 2021
Showing 1 - 3 of 3 results