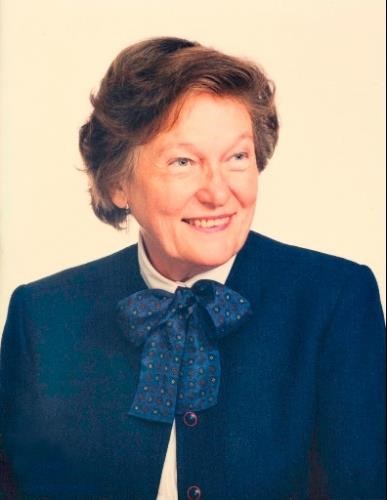 BORN
1927
DIED
2021
Elaine E. Limbaugh
Nov. 24, 1927 - July 6, 2021
Elaine Esther Limbaugh (Hensel), 93, and longtime resident of Clackamas County, passed peacefully in her sleep July 6, 2021 in West Linn, Ore. She is survived by her three children: daughters, Lea Millay (Limbaugh) of Portland, Lana Jeanne Croy (Limbaugh) of Plain, Wash., and son, Keith Alan Limbaugh of Terrebonne, Ore.; seven grandchildren and seven great-grandchildren. Preceding her in death are her former husband, Jack Leroy Limbaugh (1984); one daughter, Kathleen Kay Limbaugh (1984); and her brother, Hyle Herman Hensel (2011).
Born in West Point, Neb., Nov. 24, 1927 to the late Herman August and Esther A. (Gerhardt) Hensel (both descendants of nineteenth century German immigrants), Elaine was a graduate of West Point Beemer Junior-Senior High School and later earned her B.S. (1950) and M.A. (1969) degrees in education from the University of Nebraska. Elaine's career began with teaching high school in Nebraska, then brought her to the Portland area in 1970, where she taught upper division and graduate-level literature at Portland State University for 37 years. She retired in 2007. Elaine was an ardent reader, a gifted writer, and a well-respected tenured professor.
Having come-of-age in the Great Plains during the Great Depression and World War II, and later raising four children as a single mother, Elaine was fiercely independent and drew personal and academic inspiration from pioneering female authors such as Willa Cather and Emily Dickinson. In retirement, she was an avid world traveler, skilled piano player, symphony-goer, Cornhusker football fan, and "mom" to her Scottish terriers.
"Grandma Honey," as she was known by her grandchildren and great-grandchildren, will be remembered for her trailblazing career in academia, her lifelong dedication to sharing a love of literature, and for her commitment to advancing the performing arts.
She will be laid to rest beside her daughter Kathleen in Oswego Pioneer Cemetery in Lake Oswego, Ore. In lieu of flowers, memorial contributions may be made to Portland State University Library.
Elaine will be terribly missed, but not soon forgotten.
Please sign the online guest book at www.oregonlive.com/obits
To plant trees in memory, please visit our Sympathy Store.
Published by The Oregonian from Jul. 15 to Jul. 18, 2021.
MEMORIAL EVENTS
No memorial events are currently scheduled.
To offer your sympathy during this difficult time, you can now have memorial trees planted in a National Forest in memory of your loved one.
MAKE A DONATION
MEMORIES & CONDOLENCES
Sponsored by The Family.
4 Entries
I am so sad to hear of the passing of my former professor. She brought her humanity, integrity, pithy observations and humor to every class, to every situation. Such a dear soul and lovely presence on this troubled planet.
Tamarah Jane Pringle
School
July 21, 2021
Thank you Elaine for being a great source of fun during summers in Portland including happy stays at the cabin in Rhododendron and of course, on sailing trips with Dad. I'm so glad I was able to take some English classes from you later at PSU. Such a kind and smart lady. My condolences to your family. Heather Lovell
Heather Lovell
July 20, 2021
Elaine was a member of Delta Kappa Gamma in Portland, and belonged to our ETA chapter in which she served as president from 1984-86. We admired her kindness and compassion for all, as well as the depth of her scholarly pursuits and her role as a teacher. I knew Elaine from the early 1970s when I was a PSU student taking her Writing 102 class. All of the members of ETA chapter hold her dear and will miss her greatly.
Lynda Bell
Friend
July 18, 2021
Dr. Limbaugh taught in the PSU English department with my father Carl Markgraf. They were great friends. She was also kind to us kids as we grew up, actually knew all seven of our names! My parents loved having her at their parties. She was bright, forceful, and kind.
Tom Markgraf
July 16, 2021
Showing 1 - 4 of 4 results