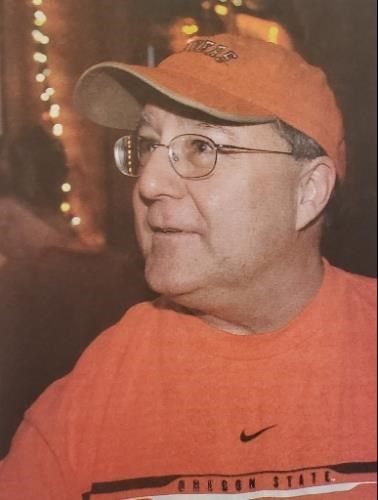 BORN
1950
DIED
2021
John H. Hogan
June 28, 1950 - Dec. 28, 2021
John was born in Ionia, Mich., to Joseph and Alma Hogan. One of 11 Hogan siblings, John was set apart early when he contracted polio, just before the vaccine became available. This experience shaped his compassion and professional interests. He attended Aquinas College in Grand Rapids, Mich., where he received a bachelor's degree in Business. While in College, he met Deborah Allen, whom he married in 1974.
John moved to Fort Collins, Colo., where he received his master's degree from Colorado State University. His son, J. Mackenzie Hogan, was born in Fort Collins in 1982 and John settled in Corvallis, Ore., soon thereafter. There was never a more perfect match than John and Corvallis. He may have been a Michigan boy by birth, but his heart belonged to Corvallis.
John worked in nonprofit healthcare administration for many years, running facilities in Mt. Angel, Portland, Lake Oswego, and Corvallis. He has been recognized numerous times throughout his career for his work in long term care, including most recently with the National Association of Long Term Care Administrator Boards' 2020 Randy Lindner Distinguished Leadership Award. He also found time to teach at Oregon State University for 20+ years, leaving his mark on many. John is remembered as someone who was willing to do anything in his power to help a friend, student, or co-worker.
A strong believer in community service, for 21 years John hosted the Hogan Invitational Golf Tournament at Golf City in Corvallis, an event which raised funds for the Linn Benton Food Share.
Upon John's retirement in 2012, he moved to McMinnville, Ore., where he spent his remaining years enjoying visits with his granddaughters and watching his beloved Beavers play.
John passed away peacefully following multiple months of declining health. He was predeceased by his parents, Joseph and Alma; and his older sister, Joann Dickerson. He is survived by his son, Mackenzie; his daughter-in-law, Emily; two granddaughters, Riley and Quinn; his siblings, Helen Adams, Mary Platte, Douglas Hogan, Roger Hogan, Michael Hogan, Russell Hogan, Patrick Hogan, Ruth Critchlow, and Debra Hogan; numerous nieces and nephews; his godson, Gerard Adams; and his goddaughter, Kelley O'Toole. He will be missed.
A memorial will be held in Corvallis later this spring. The family asks that in lieu of flowers, gifts be sent to the OSU Foundation, 4238 S.W. Research Way, Corvallis, OR 97333. Donations also may be made online at osufoundation.org. Please note "in memory of John H. Hogan" on the memo line or online form.
Please sign the online guest book at www.oregonlive.com/obits
Published by The Oregonian from Jan. 11 to Jan. 12, 2022.
MEMORIAL EVENTS
To offer your sympathy during this difficult time, you can now have memorial trees planted in a National Forest in memory of your loved one.
MEMORIES & CONDOLENCES
Sponsored by The Family.
8 Entries
John was kind, caring, unforgettable and genuine! He always included you no matter who you we're. I spent many days with john in Corvallis. He always had great stories! He loved his son and grandkids more than anything in this world. John would always arrange for me to have parking at the airport when I traveled. I know he did this for so many people..He actually would have given his shirt off his back if someone needed it. The world has lost a true friend! We will miss you always Hogan. Thank you for making my life so memorable in Corvallis..Rest in peace. Much love for the biggest Beaver fan!
Carrie Gibbs
Friend
January 21, 2022
I feel very fortunate to have known John as both a colleague and friend for nearly 45 years! He truly made a positive difference through his work in long-term care. And, John also gave of himself by serving on the Board of my small non-profit for over 30 years. I will always remember, too, how much John enjoyed his granddaughters and making the holiday photo card with them the last couple of years. And, I loved the photo cards! While John will definitely be missed, I celebrate John and a life well-lived and treasure special memories.
Vicki Schmall
Work
January 16, 2022
So saddened to hear about John's death. He was a dear friend. Hope all the awesome memories of good times shared carry his friends and family through this difficult time.
Candy and Mike Chapman
January 15, 2022
John was one of the kindest and caring, and fun persons I know. We met through work, but he became a friend for life. We will so miss him. "The mighty lion sleeps tonight."
Sarah Carpenter
Friend
January 15, 2022
I will always remember John for his humor, affection and warm hugs. With love and sympathy, Gail Findley
Gail Findley
Friend
January 14, 2022
I will never forget John as both a colleague at Oregon State University and as a close friend. He was one of the most impactful people I have ever known.
Leonard Friedman
Friend
January 13, 2022
The memories we all shared with John will be forever. Rest In Peace John.
Gail Agan
Friend
January 13, 2022
John Hogan was a legend of a man. One of the finest people I've ever been privileged to meet in my life. He will be missed. I have to say that the above link to contribute to Ohio State University would not be John's first choice as a Michigan boy, LOL. Hopefully, it will be fixed to contribute to the better OSU, Oregon State University, where John taught so many students how to be good Health Care Administrators.
Christian Kisky
Friend
January 12, 2022
Showing 1 - 8 of 8 results