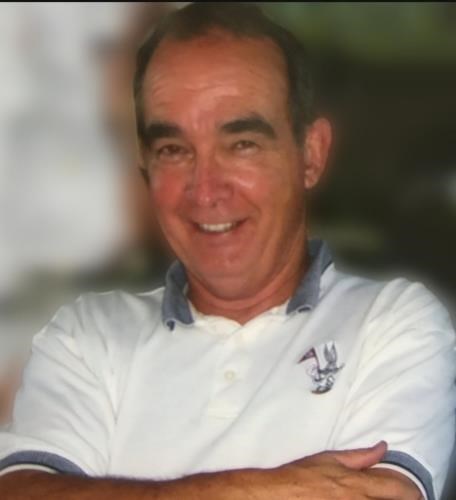 BORN
1945
DIED
2021
Randy Pacheco Sr.
March 2, 1945 - Dec. 17, 2021
A warm lovable and always smiling scamp has left us. Randy Pacheco passed away after battling Lewy Body Dementia at a hospice facility in Yuma, Ariz.
Randy is survived by his wife of 12 years, Janice; two brothers, Johnny Burr and Mark Harward; children, Randy Pacheco Jr. (Tammie), Dawn (aka Schmutly) (Johnathan) Quesenberry and Leegabe Little Whirlwind; five grandchildren, AJ Pacheco, Taylor Otnes, Nicholas Pacheco, Cheyenne Salter, Sage Little Whirlwind and one great-grandbaby, Mason Lee.
Always proud of his military career Randy was a member of the elite 101st Airborne Division and upon discharge was a Sgt E-5, Expert Badge (Rifle M-14), Parachutist Badge, Combat Infantrymen Badge, Vietnam Service Badge, National Service Medal and Soldier's Medal.
Upon moving to Portland, Randy started out by setting up chairs in the Memorial Coliseum, moving on to become a delivery driver for a long gone electrical supply house. Randy later transitioned to the electrical contractor side and became a sales manager at Eoff Electric. Looking out over the Portland landscape you can see a legacy of Randy's contributions to the Portland skyline. From bridges, hospitals, parking structures, high rises, modular home, office buildings and shopping malls his long tenure with the electrical industry is everywhere.
Always the life of any party with his annoyingly positive attitude and sense of humor, Randy possessed an uncanny ability to strike up a conversation with anyone. Randy's love of the outdoors was apparent in everything he did, from golfing with the Men's Club at Broadmoor, skiing in central Oregon, playing no glove mush ball for the many tavern sponsored teams in Portland, running Hood To Coast, tandem riding the Seattle To Portland, Portland Marathon, fishing, camping and hiking at every opportunity. After retirement it was his love of long distance road trips on his Gold Wing and traveling in the fifth wheel that kept him young.
Randy will be greatly missed by all those whose lives he touched. Heaven gained an angel when we lost him.
Final disposition will be in Starr Valley, Nev., with full military honors to be determined at a later date.
Please sign the online guest book at www.oregonlive.com/obits
Published by The Oregonian from Jan. 11 to Jan. 16, 2022.
MEMORIAL EVENTS
To offer your sympathy during this difficult time, you can now have memorial trees planted in a National Forest in memory of your loved one.
MAKE A DONATION
MEMORIES & CONDOLENCES
Sponsored by The Family.
3 Entries
Nothing but great memories of Randy. Always fun to hang out with. Sorry for your loss.
Gordon Ridgway
January 14, 2022
N
Gordon Ridgway
January 14, 2022
All I can do is to send you my love. I´m grateful for the twelve years you had together. I´m so sad and so sorry.
Barbara Peyton
Friend
January 13, 2022
Showing 1 - 3 of 3 results