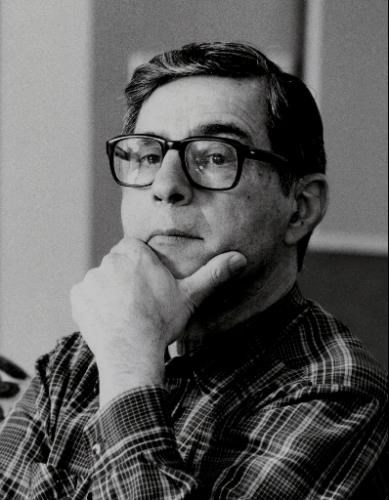 BORN
1928
DIED
2021
FUNERAL HOME
Springer and Son - Aloha Funeral Home & Crematory
4150 S.W. 185th
Aloha, OR
Richard Sahagian
Feb. 17, 1928 - Nov. 10, 2021
Richard Sahagian, age 93, passed away Nov. 10, 2021 of natural causes. Richard, the son of Armenian immigrants, was born in San Francisco, Calif., to Zakar and Agnes Sahagian. Richard attended Galileo High School in San Francisco. After being honorably discharged from U.S. Army, Richard went on to be the first college graduate in his family, graduating from the University of California at Berkeley. Richard also became the first in his family to obtain a Master's Degree, which he earned from Portland State University.
Richard began his teaching career at Portola Junior High School in San Francisco. He married Marion Vanlandingham in 1955. Richard and Marion eloped in Lake Tahoe, Calif., as Richard's parents were not enamored with him marrying a blue-eyed blonde woman from Texas. That all changed once Marion bore two children, Michael, born in 1957; and, David, born in 1958, making Richard's parents first-time grandparents.
As the 1960s became more turbulent in San Francisco, Richard and Marion moved the family to Scappoose, Ore., in 1964 having purchased 73 acres there. Richard taught at Jefferson High School in Portland until 1968 at which time the family decided to move back to San Francisco and give it one more try there. The culture shock of San Francisco from 1968-1969 convinced Richard and Marion to move back to their farm in Scappoose. In 1969, Richard began teaching at a brand new high school in Beaverton, Aloha High School.
Richard taught at Aloha High School from 1969 until his retirement in 1986. During this time, Richard became active in politics. One of his proudest moments in politics was seeing his wife, Marion, become elected as the first female County Commissioner in Columbia County in 1978. Richard also was instrumental in forming the Columbia River Public Utility District, which to this day provides Columbia County residents with more affordable electricity rates than they would otherwise have. Richard was the P.U.D. President in 1994 and 1999.
Richard's wife of 42 years, Marion, passed in 1997. In 2006 Richard married Carol Swehla, who remained his life partner until his death in 2021. It cannot be expressed enough what a Godsend Carol was to Richard. Carol was by Richard's side while he recovered from a massive stroke at age 78; and, was his companion on many trips around the world. Carol was by Richard's side when he passed away peacefully Nov. 10, 2021.
In addition to his wife, Carol, Richard is survived by his sons, Michael Sahagian and David Sahagian (Leanne); his three grandchildren, Carly, Stephanie, and Adam; and, his two great-grandchildren, Finn and Boden.
No services are planned at this time. Springer & Son Aloha Funeral Home are assisting the family with all arrangements.
Please sign the online guest book at www.oregonlive.com/obits
Published by The Oregonian from Nov. 23 to Nov. 28, 2021.
MEMORIAL EVENTS
To offer your sympathy during this difficult time, you can now have memorial trees planted in a National Forest in memory of your loved one.
Funeral services provided by:
Springer and Son - Aloha Funeral Home & Crematory
MAKE A DONATION
MEMORIES & CONDOLENCES
Sponsored by The Family.
3 Entries
We remember how kind and generous Dick was when we were all teaching together at Aloha. We planned a trip to Russia and Iran with Paul and Grace Pitzer in 1971. Dick arranged for his Armenian family to meet us at the train when we came through Yerevan. His family took us to their home and treated us to one of the most lavish, multi course meals we have ever had! It was truly a memorable, remarkable day and we are still so grateful to Dick for making it all possible.
Dave and Ginger Hackett
November 28, 2021
I had the pleasure of being in the office next door to Dick during his last 2 years before retirement at Aloha High School. He was very helpful and supportive to me, as a new counselor. He was widely respected by students and staff alike. He was a kind man with a great sense of humor and outlook on life. He was a proud father who cared deeply for his family.
Linda Freeman West
Work
November 28, 2021
Dave and Mike I was sorry to hear about your dad. He had a long and productive life. He´s in my prayers. Dan
Dan Heister
Other
November 28, 2021
Showing 1 - 3 of 3 results