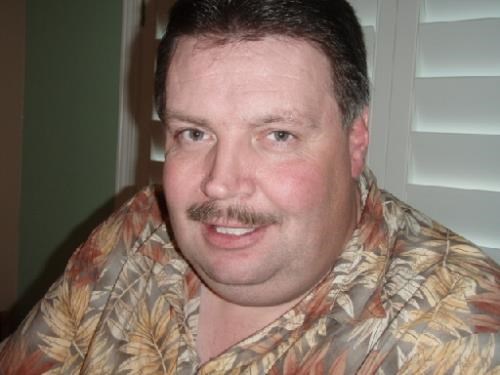 BORN
1965
DIED
2022
Timothy Vernon Siddall
Aug. 10, 1965 - Jan. 9, 2022
Timothy Vernon Siddall passed away unexpectedly in Salem, Ore., Jan. 9, 2022. He was born in Longview, Wash., to Jim and Brenda Siddall, the second child after his sister Jodi. He was preceded in death by his father; and grandparents.
Tim graduated from Rex Putnam High School in 1983. He enrolled in a small engines repair program, recieveing his certificate in 1985. Tim fell in love with bowling at very young age. He started bowling in youth leagues at the age of 9 becoming a very accomplished bowler achieving three perfect games with a score of 300. His love of bowling led him to a 27-year career in the industry. He started at the age of 15 as a pin setter and eventually became a lane mechanic. He worked at several bowling centers in the area. He worked one year in Southern California for a bowling lane manufacturer traveling to Beijing, China to install lanes. He thought the food was terrible and the long plane trip was really excruciating. Never wanted to go back to China. He later became a bus mechanic for Tri-Met. He retired on a disability pension in 2017. Tim also had a passion for motorcycle dirt bike racing and participated competitively in the local area. After several injuries it became apparent he needed to give up the sport he loved. He later became interested in RC racing at the local tracks in Albany and Salem. Tim suffered throughout his life with several chronic illnesses but never complained. He was able to spend quality time at Christmas with his family, something we will all treasure.
He is survived by his mother and stepfather, Don and Brenda Tank of Oregon City; his sister, Jodi Siddall; and sister-in-law, Rose Murray of Milwaukie; stepbrothers, Bob Tank and Steve Tank of Portland; and stepsister, Diane Wilder of Las Vegas, Nev.; aunt and uncle, Ray and Bonnie Moore of Boise, Idaho; and aunt, Margaret Jabusch of Vancouver, Wash. Last, but not least is his sweet boy kitty, Stormy, who is now in the custody of his mom and stepdad.
A private family interment will be held at a later date in Longview, Wash., where Tim's remains will be placed with his father's.
Contributions in memory of Tim may be made to Catholic Charities of Oregon for the Annex emergency housing complex. Address 2740 S.E. Powell Blvd., Portland, OR 97202. Note donation for the project.
Please sign the online guest book at www.oregonlive.com/obits
Published by The Oregonian from Jan. 14 to Jan. 16, 2022.
MEMORIAL EVENTS
To offer your sympathy during this difficult time, you can now have memorial trees planted in a National Forest in memory of your loved one.
MAKE A DONATION
MEMORIES & CONDOLENCES
Sponsored by The Family.
3 Entries
I'm so sorry to hear of Timothy's passing . You will be in my prayers and I plan to send a donation to Catholic Charities in his name per the request.
Kathy Jackson
January 19, 2022
Im so sorry to hear of Tim´s passing. I have many fantastic memories of our family get together!
Toni Petersen
Family
January 16, 2022
Our condolences go out to Tim's family. You will be missed. We are so thankful that our sweet Stormy gave you companionship. We will miss your visits and conversations. You will be missed at the RC track.
The Root Family (Ken, LeAna and Kenny Jr)
January 14, 2022
Showing 1 - 3 of 3 results