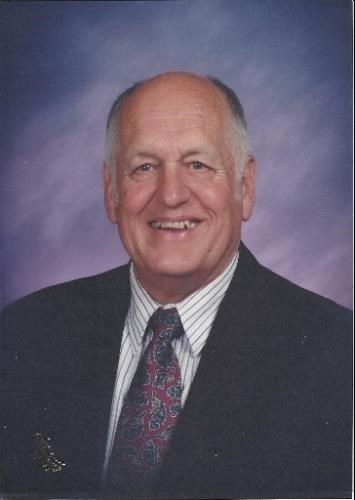 BORN
1933
DIED
2021
William M. 'Bill' Striplin
Dec. 31, 1933 - Nov. 7, 2021
A private graveside service was held at Mount Calvary Catholic Cemetery for Bill Striplin who died Nov. 7, 2021, at age 87.
Bill Was born Dec. 31, 1933 in San Francisco. As a youth Bill participated in Boy Scouts and earned the highest rank, becoming an Eagle Scout. He graduated from Oregon State College in 1955 as a civil engineer. He was employed as an engineer for 37 years with the U.S. Fish & Wildlife Service and served in the Army Reserve 104th Division for over 40 years including a two-year tour at Fort Belvior, Va. Bill rose to the rank of Colonel in the Army. In 1956 he married Thelma Rask.
Survivors include his wife, Thelma; sons, Harry and Michael; daughters, Theresa Nisbet and Shelley Striplin; nine grandchildren; and three great-grandchildren.
Remembrances should be made in Bill's name to the Tunnels to Towers Foundation.
Please sign the online guest book at www.oregonlive.com/obits
Published by The Oregonian from Nov. 19 to Nov. 21, 2021.
MEMORIAL EVENTS
To offer your sympathy during this difficult time, you can now have memorial trees planted in a National Forest in memory of your loved one.
MAKE A DONATION
MEMORIES & CONDOLENCES
Sponsored by The Family.
7 Entries
Bill was a great solider and contributor to the Army and the 104th. I'm so glad I knew him and so sorry to hear that he passed.
Jon Root
November 24, 2021
Bill Striplin was my favorite go-to person on the 104th Division Staff for administrative assistance. He set the example for professionalism in supporting subordinate units in the 104th Division in his role as G-1 of the 104th. I have many fond memories of his staff visits to my units thru-out my career in the 104th Division. Rest in Peace, Bill.
Henry Duvall, COL-EN (Retired)
Friend
November 23, 2021
Bill I have so many wonderful memories of you to share with your Great Granddaughter like how your gift wrapping was so perfect I think it was measured with a ruler or how you would watch your Grandkids swim in the pool you had put in for your kids. You had perfect penmanship it looked like it was typed, you loved Kraft Mac n cheese, cheese popcorn (so do I) spaghetti and meatballs. You were a excellent piano player and your memory recall was impeccable like a computer program. You worked hard and didn´t complain about working and you were very generous and loving to your family. You loved all of us so much and we loved you too.
Lisa Striplin
Family
November 21, 2021
I´m very sorry to learn of Bill´s passing. I´m hoping he and Roger are laughing and trading war stories.
Mary Finch Turk
Friend
November 21, 2021
So sad to hear of Bill passing, I enjoyed being his barber maybe over 25 years a great man.
wallace hadden
Work
November 21, 2021
Rest In Peace Dad
Michael Striplin
Family
November 21, 2021
So sorry for your huge loss. Bill was always a very kind individual to me and made visiting "Harry´s" house fun.
David Meyer
November 19, 2021
Showing 1 - 7 of 7 results