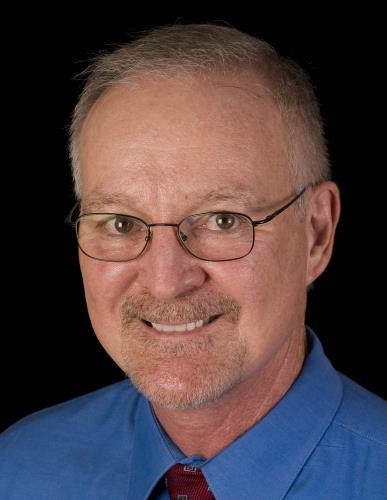 Alex Beasley was a newspaper guy down to his bones. He was an award-winning journalist who cared about facts and reporting with intellect and integrity. He wasn't afraid of anything, certainly not of questioning any level of authority. And he did so with an ability that lured the most resistant of individuals to fall prey to his charm, only to become caught in a bungled effort to escape his polite badgering.

His career was one to envy. During his time at the Orlando Sentinel, he laid out the paper and edited copy late at night. He transitioned to reporting and delivered in story after story from investigative reporting to covering health care, the space program, the environment, education and government. Stepping over one prestigious award after another, he rose to become city editor-all the stuff of a great career in an iconic industry.

His former editor John Huff shared that it was "hard to know which Alex to celebrate and miss the most ... the determined journalist, the hard-as-nails rooftop basketball mate, the relentless physical specimen, the loyal friend, the dedicated humanist, the loving companion to Lynn, the kind and decent man he never failed to be. Alex made a real difference in this world in both his profession and in the way he lived."

Kathy Waltz, former Sentinel publisher, described Alex the editor as "careful, compassionate and concise." As a co-worker, he was "warm and generous. He will be missed for so many reasons."

Longtime buddy Steve Morgan described his friend this way: "Alex could have a tough exterior as an editor and reporter. He liked big cigars and single malt whisky, drunk neat. He was incredibly competitive in all sports, basketball and golf, sure, but also holding his breath to see who could swim the most laps underwater. He almost always won. But he was sweet and thoughtful. You wouldn't expect a birthday card from someone like him, or any male friend, but for years, even after I had moved from Orlando, I would get one from Alex, and a Christmas card, too."

Goldie Blumenstyk, a former Sentinel colleague, stated, "Others rightly remember Alex as a hard-nosed and fair journalist. Me too. But I was also his (and Lynn's) neighbor in the 1980s and I still treasure the image of him zipping through the apartment complex parking lot in his convertible MG, with their little Westie, 'McVitie,' beside him, wondering what all of his cop sources would have made of that."

Best friend Dan Salm cherishes the day his first daughter, Lauren, was born in 1989. Wife Kim went into labor while Dan and "The Beazer" were watching the March Madness Final Four. As the young couple packed for the hospital, Alex continued to yell out the score from the living room. Alex was the first person to visit Kim in the hospital and "the first person to hold my daughter. I can still see him nervously holding her. It will always be the fondest memory of our friendship." Alex became a favorite uncle to Lauren and the Salms' second daughter, Kyla. For years the two families spent holidays together, in spite of Alex's Thanksgiving turkey mishaps that resulted in him burning his eyebrows, hair and potentially his garage while trying to fry a holiday bird.

So many stories about and by Alex, but it is the Sentinel that gifted him his greatest story-a romance of epic proportions. For that is where he met the love of his life-Lynn Osgood, the pretty, blue-eyed blond editor from Pittsburgh who sat across from him in the newsroom.

Failing to adhere to the journalist's code of holding information confidential, Alex was unable to keep his infatuation secret-everyone knew he was smitten. Before long, fearless Alex went after what he wanted. And 40 years later, he still had it and her. And she had him. While fiercely private as a couple, their happiness was always on public display.

Lynn's longtime friend Sally Lazer recalled when the Beasleys and Lynn's childhood friend Lisa Pellow recently visited Sally in Philadelphia. "At one point, Alex was sitting at the dining room table working. Lynn, Lisa and I were talking and laughing in my family room. Alex told me later that day it made his heart happy to hear Lynn so happy. I cried. It was heartwarming to see how much he loved her."

Lisa's time with the Beasleys was equally special. "He never made me feel like the 'third wheel.' It was always Alex, Lynn and me going out to dinner, movies, hanging out. When I visited them in Orlando, he always greeted us with a glass of wine or champagne."

Sally and Lisa loved Alex's good nature. They called him "rent a dude" when they needed something done around the house, like hanging a mirror or heavy lifting. He always did it happily. Echoing Lisa and Sally, Lynn's pals Carolyn Cerbin and Becky Farmerie appreciated that Alex was the husband who authentically and clearly enjoyed hanging out with his wife's friends.

Brad Osgood, Lynn's brother, will always remember the laughs spending family time with Alex the "master chef"-especially his turkey frying efforts. But there was so much more. "Anyone who knew Alex knew his integrity, the strength of his character and his enthusiasm for life. For me, the core of his being was family and his love for my sister, Lynn. Everything followed from that."

Alex's brother Danny described the siblings' differences but love and respect for each other and their chosen paths. A career Army officer who served in the Vietnam era, Danny noted, "Alex and I were close, and he was an ardent supporter of my career, and me of his. While history taught the value of freedom of the press, Alex helped me understand how this freedom made, and continues to make, our nation so much better. He was my best friend."

After about 30 years with the newspaper, Lynn and Alex took buyouts and began a new chapter, splitting their time between Pittsburgh and Orlando. As true companions, they set up side-by-side work stations in their home and established a thriving career together (of course) as editorial contractors, building a national clientele with projects ranging from corporate communications to content creation for the nursing industry's prestigious Magnet Certification program.

"He was always my favorite editor," Lynn said. "And he was my best friend."

Throughout their magnificent life together, they traveled the world from Napa to Europe and parts in between. Together they shared in friends' joys and sorrows. Together they bid farewell to beloved parents, including Lynn's mother, Ruth Osgood, whom Alex adored. For years, Alex and Ruth had been partners in crime, together contriving to evade Lynn's futile attempts to curb her mom's sweet tooth.

Alex worked hard and loved big. And he was brave. As a journalist, he challenged life's injustices by reporting impactful stories that saved lives. And just as relentless as he was in his pursuit to win Lynn's heart forever, he was just as fierce in his battle with cancer. Not for a moment did he surrender in the brutal fight he waged against the disease that took him on Monday, March 29, 2021, at age 64 from his bride and those of us who loved him so.

"He was and always will be the love of my life," Lynn said.

There are so many more stories we could share about our friend, Alex. But there isn't a newspaper big enough.
To plant trees in memory, please visit our Sympathy Store.
Published by Orlando Sentinel from Apr. 17 to Apr. 18, 2021.
MEMORIAL EVENTS
No memorial events are currently scheduled.
To offer your sympathy during this difficult time, you can now have memorial trees planted in a National Forest in memory of your loved one.
GUEST BOOK
Sponsored by The Orlando Sentinel.
1 Entry
I used to smoke an occasional cigar with my brothers Alex, Roger and Danny. They probably wondered why I didn't go hang out with sisters Nita & Fran. We'd stand in front of a fire in the backyard of our mother's house in Pensacola. I smoked cigars with all the brothers in Alex's backyard in Orlando, too. I moved across the country when Alex was twelve years old and always remember not getting to say good-bye at the time. Now I will always remember that precious moment when I was beside Alex to say good-bye on Monday, March 29, 2021.
Maria
April 20, 2021