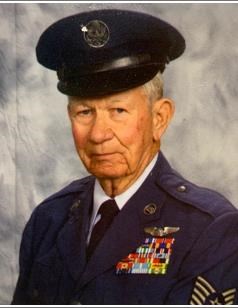 Born in St. Louis, MO on October 10, 1928, Mr. McGraw graduated from Corpus Christi grade school in 1942, and worked in a war plant spot welding ammunition boxes. After one year, he joined the US Maritime Service and served in the North Atlantic war zone. He enlisted in the Army in May of 1946 and was assigned to the Army Air Corps. Stateside assignments included: Texas, Colorado, S. Carolina, Washington D.C., California and Florida. Overseas assignments to Korean Occupation included: Japan, Guam, Philippines, France, Vietnam and the Congo. He was assigned to a support unit during the Korean conflict. Sgt. McGraw spent 3.5 years in Vietnam. He spent one year as advisor to the Vietnamese Air Force, and 2.5 years as a combat documentation photographer documenting both air and ground activities. He logged 118 combat strike missions over North Vietnam. Missions were flown in the F-4C Phantom Fighter. He logged 316 combat strike missions over S. Vietnam. Missions were flown in the 0-1 Forward Air Controller, A-1E Sky Raider, F-100F Saber, B-57 Canberra, and a few missions were logged in the C-123 defoliation craft. He was awarded the distinguished flying cross, the bronze star, and the Air Medal with 22 oak leaf clusters. He was awarded Joint Services Commendation Medal for exceptional achievement in the Congo. Sgt. McGraw transferred to Orlando Air Force base in June of 1967. He retired in 1969 with 23 years of service to his country. On September 26, 1970, Mr. McGraw and Alice Frye Rhodes were joined in marriage. They enjoyed 44 years 9 months of happiness and blessings. Mr. McGraw received his high school equivalency diploma from Missouri, Associate in Arts degree from Seminole Community College, Bachelor of Science and Master of Science Degrees from Rollins college. Mr. McGraw was a member of the Orange County Sheriff's Office from January 1974 to January 1995 and was assigned to the technical services unit (Forensic Section). Mr. McGraw is a former fellow in the American Academy of Forensic Sciences. He was certified as a Senior Crime scene analyst by the International Association for Identification. He was invited to attend a forensics symposium in Warsaw, Poland to exchange information with forensic investigators from around the world. Mr. McGraw had articles published in the Journal of Forensic Photographer's International Council, Inc. Volume 12, No. 1. February 1983, and the Journal of Forensic Science Volume 29 No 4, October 1984. Mr. McGraw was a Roman Catholic and a member of St. Peter and Paul Church in Winter Park. Mr. McGraw was an avid Golfer and a member of Winter Pines Golf Club.

Night Owl Fighter Pilot (Val Ross Johnson- November 2006): "The Umpire requested RL and Braz to take pictures of bombs actually hitting targets. RL perfected his own method of filming the bomb's impact by attempting to delay his high-speed dive to allow his cameraman more time to film. He pulled his throttles to idle, extended the speed brakes, and performed a high-G barrel roll during his dive behind the Thuds. The enlisted photographer in the rear seat had big balls to fly these missions! RL mentioned that E-6, Arthur C. McGraw, was absolutely fearless and loved seeing all the action."

Services for Arthur C. McGraw will be held on Saturday, October 17, 2020. The viewing will be held at 10am, and Internment will be held afterwards at Woodlawn Memorial Cemetery in Ocoee.

Art asked, that in lieu of Flowers, donations be made to his favorite charity: St. Jude Children's Research Hospital.
To plant trees in memory, please visit our Sympathy Store.
Published by Orlando Sentinel from Oct. 12 to Oct. 13, 2020.
MEMORIAL EVENTS
No memorial events are currently scheduled.
To offer your sympathy during this difficult time, you can now have memorial trees planted in a National Forest in memory of your loved one.
GUEST BOOK
4 Entries
I retired from the OCSO well after Art and in 2018 we reconnected and communicated often. It was, for me like speaking with the grandfather that I never knew. Art, rest with God and know that you made an impact on me and my family. Bernie
bernard j presha
October 13, 2020
I worked down the hall from Art. On the rare days when worked slacked off, I would visit Art in his office. Art kept a chess set in the top drawer of a filing cabinet. We would play a game, but of course he always won. He was a great coworker and a good friend.
Heidi Lee Hunt
October 13, 2020
The Korean War Veterans Association Department of Florida and Chapter 173 Casselberry send our belated yet sincerest sympathies on the passing of our Brother In Arms Arthur C. McGraw (US Maritime Service No. Atlantic War Zone, Sargebt Army Air Corps, Distinguished Flying Cross, Bronze Star, Air Medal w. 22 Oak Leaf cluster, Joint Services Commendation Medal). He served his country well and honorably. May he Rest In Peace.
Jeannette Sieland
October 13, 2020
Art was a highly-respected co-worker at the Orange Co. Sheriffs Office. Throughout his career, he exhibited exemplary levels of professionalism and dedication. He served as a mentor and an example to many.
Dave Black
October 13, 2020