BERTRAM DAVID GOTTFRIED
GOTTFRIED, BERTRAM DAVID, September 23, 2011. Bert Gottfried was born in Brooklyn, NY on May 5, 1938 to Sadye Cohen and Max Gottfried. On September 23 after a long hard fight with diabetes and vascular problems, Bert's body just couldn't take any more. He went to sleep for the last time. Bert is survived by his wife, Susan Healy Senkbeil, his daughter Vikki and husband Scott Faluotico, their childen Abigail Rose and Maxwell
Patrick, his son Keith and wife
Cindy, their children Sophie and Benjamin, and his first wife and friend, Rosalie Penso. He was pre-deceased by his step-son, Richard Gary Senkbeil. Bert was a long-time employee of Oliva Cigar Company and was fondly known in the cigar industry as "The Immortal". Every year the Oliva Cigar Company gives out the Bert Gottfried Award to their most successful salesman. The creation of that award was one of the highlights of Bert's life. Bert was a huge n-guage train buff and helped start a model train club in Bervard in the 1990's. Bert's first love though, was the cigar business. He was one of the most successful and well-loved cigar salesman in the industry and will long be remembered as the one who gave many other dealers and salesmen their start. He was instrumental in Oliva Cigar's early success, and a played a big part in making Oliva a leader in the industry. Bert requested no funeral. The family will host an informal memorial service Monday, Sept. 26 at his home in West Melbourne after Noon. Condolences may be left on Bert's Facebook page. The family requests that donations be made to a charity of your choice in Bert's name. Brownlie Maxwell is handling Bert's cremation.
To plant trees in memory, please visit our Sympathy Store.
Published by Orlando Sentinel on Sep. 25, 2011.
MEMORIAL EVENTS
No memorial events are currently scheduled.
To offer your sympathy during this difficult time, you can now have memorial trees planted in a National Forest in memory of your loved one.
MAKE A DONATION
Please consider a donation as requested by the family.
MEMORIES & CONDOLENCES
7 Entries
susan gottfried
September 29, 2011 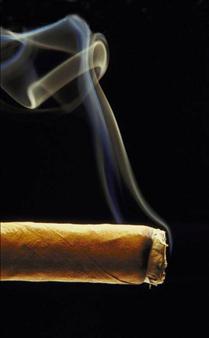 Bert holds a very specal place in my heart. He has helped this little Polish girl in more ways then I can ever express. I can count numerous conversations in Bert and Susans livingroom. After loosng my first buisness they gave me the strength and courage to pick myself up and dust myself off and never give up. After lossing my sister last year, they gave me the strength to find joy in life again and to live each day to the fullest and to be PROUD of the life I live. And when it was time to marry my soul mate, they were there to help teach us the keys to a everlasting love and friendship. They made our wedding possable! I have so many wonderful memories of Bert over the years I have known him:
(Bert in his thrown, Queenie in hers)
We would talk about life, death, love, friendship, family, friends, buisness, and what was really important in life. We would laugh, we would cry and nothing was off limits to talk about and discuss. He was a highly influential and inspirational figure in my life. He taught me so many things, but the thing I will take away most is his contagious love for life and the way he wanted to share it with his friends and family.
So, until we meet again, I shall not say "Good Bye" I shall say,
"See ya later Big Guy"
Love Forever,
Jackie and Dave Lee
P.S. ? Give Julie a great big hug for me when you meet her in heaven ?
Jackie Lee
September 27, 2011
Bert was one of a kind. He was a big gentleman with a big heart. I remember him talking about how much he loved Susan and how they were best friends and what great times they always had together. He also mentioned that they renewed their wedding vows with each other many times over the years. I thought that was so sweet. We all loved him and will miss him very much and we promise to take good care of Susan.
Fran Gorecki
September 26, 2011
Susan, You already know that everyone loved Bert very much. You both are my mentors and friends. We all shared many wonderful memories together. I will always hold dear all that I have learned from you both. I can still hear Bert saying "Caty, Caty!" I will miss my "Big Brother" Bert very much and I know, Susan, you not only lost your husband but your best friend as well and I will keep you in my prayers. Love Kathleen
September 26, 2011
You will be missed and the cigar world has lost one of it's greats. May you be at peace and happy in the next life amigo.
Rik/Tracy Venerable
September 25, 2011 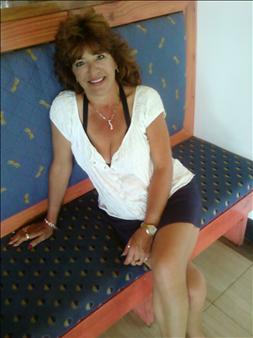 Bertie,,,One of my best friends and cigar buddy, I miss you more then u could know!! I and a mutual friend of ours Renee went to Sand on the Beach Restaurant today and had two of my surfer friends take our flowers out into the sea and place them in your honor..I will forever miss you and always think when I was learning to smoke a pipe you gave me one from your home collection. I tried and tried to lite the pipe and it just wouldnt light..Finally we looked at the inside of the pipe, and for figure, it had not been drilled all the way through. You and I had many great laughs over that...even while I visted you in the hospital.we talked and laughed over it....Smoke one for us Bertie...I luv ya.... truelly.. mean it...!!! Bev Sanchez
Bev Sanchez
September 25, 2011
Bert, I will never forget the last time I saw you, it was on my birthday, you had just gotten out of the hospital, but as always you were laughing and joking around, I gave you a kiss on the head as I always did and you gave me that unforgetable smile of yours. Bert I loved you so much even I didnt realize how much your death would affect me, So I want to thank you and Susan for always opening your home to me and making me feel welcome and loved. I feel truly blessed for knowing you, until we meet again, love you. Gerry
Gerry Kerns
September 24, 2011
Showing 1 - 7 of 7 results