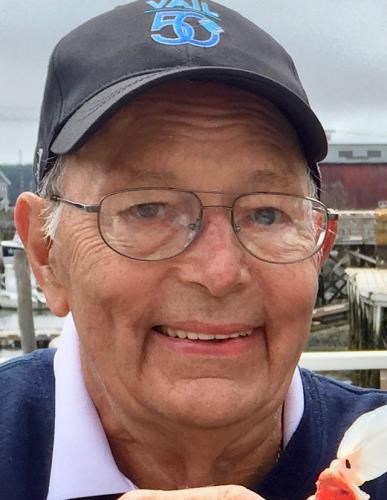 BORN
1938
DIED
2020
Charles 'Chuck' Weingartner was born November 20, 1938. A vintage year as he always would say. He grew up in Franklin Square, NY. As a young boy, Chuck developed scarlet fever resulting in a doctors order not to exert himself. In other words, no playing or rough housing with the other kids. He turned his attention to science and chemistry. A homemade lab in the basement lead to many adventures including nearly burning down the family home, and blowing up dead tree stumps. Once the doctor gave the ok for full activity, Chuck preceded to beat up the kid who had been bullying him, and then turn his attention to sports. He started at Sewanhaka High School playing varsity Basketball, but an ankle injury lead him to his real passion on the Field throwing discus, javelin, shot put and high jump. When Dartmouth College came to scope out another Track and Field athlete, the school's coach told the scout the boy they were looking at was dumb as a post, and they should check out Chuck instead. For a young man who wasn't even sure he would go to college, that lead to a life changing event. It was also in his senior year of high school that he had another life changing event. He started dating Jeannine Kovaric. At Dartmouth College, Chuck studied chemistry, eventually earning his Master's Degree, and the dubious distinction of having been one of four crazy frat brothers who survived (barely) taking a toboggan off the Dartmouth College ski jump.

He and Jeannine married September 4th, 1960, and after finishing his Master's degree, he eventually found his place in the plastics division of Monsanto. He trained his daughters to explain his work as, "Dad makes cheap plastic and money!" He found the work challenging, traveling the world as well as managing Chemical Plants in the US and Belgium. After taking an early retirement from Monsanto, he worked as a VP in the Plastics Division of Tupperware. But retirement was not far away and at 55, he became a man of leisure.

He loved sports and quickly embraced a variety of activities that defined his, and his family's, free time. At Dartmouth he learned to ski, a life long passion that was handed down to his children and granddaughter. He was also passionate about tennis, though he quipped that of the multiple trophies collecting in the house, a larger percentage had breasts. Later in life, Jeannine discovered horseback riding, and Chuck decided if he wanted to see his wife, he'd better learn, too. Together they learned to jump and eventually took up Fox Hunting. First in Belgium and later in Missouri. After retirement, Chuck got a small "gentleman's farm" with the intent of boarding and training horses. But as sometimes happens, the plan needed to change and the horses became expensive pets. Golf was right there to fill his need for play. He would say retirement was tough, he only got to play 6 days a week. Lots of practice and play time resulted in 3 holes in one!

He was also an avid card player. He and Jeannine made a formidable Bridge Pair, and he regularly would teach family and friends any new game he came across. Poker on Wednesdays became a tradition, as did Cribbage with his daughter and son-in-law.

Cycling was always part of his life. Riding to the park or out to dinner with his young family was common. It was after the passing of Jeannine that he took his cycling to a new level. He and his family started doing yearly cycling adventures. Riding through the Wine Country of Montreal, the Rocky Mountain trails of Vail, the boot heel of Italy, across Andalusia, Spain, from Prague to Vienna, Berlin to Dresden, and Brugge to Amsterdam. These trips always included "the toast", over which his brother in law, Joe, always groaned the loudest and laughed the hardest.

He loved being a father and took great pride in his daughters accomplishments, whether academic, athletic, or artistic. After his granddaughter was born, he would regularly travel to Vail to spend several weeks at Christmas playing Pop Pop and babysitting during the busy Vail season. He relished his role as big brother and brother in law, too. Sharing all the new sports and games he and Jeannine had adopted. Taking vacations and holidays with his extended family was a great joy. He and his sister, Katherine, would plan trips just to ride rollercoasters well into his 70's! And he was always game for whatever crazy event his sister in law, Nancy would create for the McCarthy New Years Eve celebration. Even dressing up in full costume and makeup of the Cowardly Lion to reenact the Wizard of Oz. And he was there when his family needed help, for which he will always be held in the highest regard.

What his friends and family will remember about him most is his easy manner and quick jokes. He would make friends everywhere he went. On a ski lift, in an airport, anywhere he could find a few minutes to talk with someone. He truly enjoyed getting to know new people, and it was obvious to his family that those folks really enjoyed getting to know him. And he worked on his jokes, both the wholesome and more colorful found their way into his repertoire. He was never without a joke for any situation. On a bike trip the group stopped at a pickle factory. Yep, he had a pickle factory joke. Though it is too "colorful" to share here!

Chuck was preceded by his father, Adam, his mother Barbara, and his wife, Jeannine. He is survived by his sister, Katherine De La Mata and her husband Guillermo and their daughters Elaine and Stephanie. His sister in laws, Sandra Bruno, her companion Frank Wall and her children Carolyn Heitman and Jennifer Walsh, Rene McCarthy and her husband Joe, and Nancy Pesile. His daughters, Diane Stone and her husband Raymond, Gayle Braunholtz and her husband Alan, and his granddaughter, Jeannine Zeme Braunholtz. A memorial service will be planned for next year for family. A memorial page is available for friends and family to post words and photos at http://www.thefortingroupauburn.com/
To plant trees in memory, please visit our Sympathy Store.
Published by Orlando Sentinel from Nov. 20 to Nov. 21, 2020.
MEMORIAL EVENTS
No memorial events are currently scheduled.
To offer your sympathy during this difficult time, you can now have memorial trees planted in a National Forest in memory of your loved one.
GUEST BOOK
1 Entry
I was honored to call Chuck and Jeannine, dear and loyal friends. I will always cherish our memories..and I will see them again, in the Lord's Kingdom.. Pax
Bishop Louis Campese
November 21, 2020