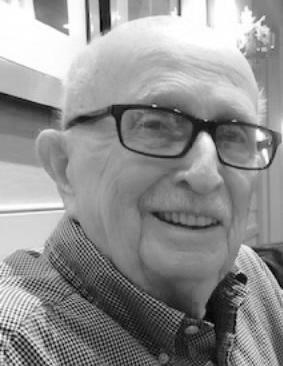 BORN
1928
DIED
2020
Dr. James F. Gollattscheck (Jim to many) having led for 91 years in his words "a more full and joyous life than anyone should expect" came to a quiet end on November 6, 2020. He is survived by his daughter and grandson, Andrea and Sam Wilson of St. Petersburg, Florida, and his son and daughter-in-law, Nick and Yvonne Gollattscheck of Haines City, Florida. He is survived by and was fortunate to have had the love and support of Daniel Collins Murray, his husband of over 30 years.

Born in 1928 in West Palm Beach, FL, Jim received a BA and a Master of Education degree from the University of Florida and a PhD from Florida State University. Following two years of active duty in the U.S. Navy, he had a 13-year association with Pinellas County Schools, beginning as a first-time classroom teacher in 1954 and ending as acting superintendent of schools. In 1967 he joined the founding administration of the new Valencia Community College in Orlando, serving as the college's first vice president for academic affairs and as president from 1970 to 1984. For the next eight years he served as vice president of the American Association of Community Colleges in Washington, DC. During his career in higher education he wrote or contributed to numerous books, monographs, and articles in professional journals.

When he participated in events related to Valencia College's 50th anniversary in 2017, Jim was thrilled to find that the college he helped start with 500 students on a borrowed campus was then serving over 70,000 students on 5 campuses, but had remained true to its founding purpose-to remove barriers to higher education for all potential students in the community.

Always an enthusiastic traveler, after his second retirement in 1993 Jim returned to live in some of the foreign cities he could only visit during his working years. Europe the European Way: A Guide to Living Affordably in the World's Great Cities was written while he and Mr. Murray lived for several months to a year in San Miguel de Allende, Mexico; Paris; Nice; London; Amsterdam; and Berlin. They later lived in Montreal and Dublin. He celebrated his native state in 1999 when he wrote and later edited several editions of Choose Florida for Retirement.

Believing that at the end of life a person is served best by remaining as he was in the memories of those who enjoyed his company, he requested no funeral or memorial services. He asked only that his friends and loved ones remember a happy time together, raise a glass, and wish him a last Bon Voyage!

Anyone wishing to do more is invited to make a donation in Jim's honor to the Valencia College Foundation, https://valenciacollege.edu/foundation.
To plant trees in memory, please visit our Sympathy Store.
Published by Orlando Sentinel from Nov. 11 to Nov. 22, 2020.
MEMORIAL EVENTS
No memorial events are currently scheduled.
To offer your sympathy during this difficult time, you can now have memorial trees planted in a National Forest in memory of your loved one.
GUEST BOOK
5 Entries
James was so loved in Pinellas County. I was a first year teacher at Pasadena Elementary the year after he left for a promotion and the teachers were in deep grief. All they could tell me was that they could not begin to describe his leadership Best wishes to his husband, Daniel and his children and grandchildren. Harriet DeLoach
Harriet
Coworker
November 23, 2020
Dr. G was a friend, colleague and mentor who led Valencia College in its formative years and set the course for its excellence which continues today. My sympathy to Dan, Andrea and Nick and their families.
Que Throm
November 20, 2020
Grief can be so hard, but your special memories can help you & your family cope. Remembering your loved one today and always. Please except my deepest sympathies.
Simone Taylor
November 15, 2020
Uncle Dan, Andrea, Nick, Yvonne, and Sam - My love and heart felt sympathy go out to you all. Uncle Jim was an amazing man with a big heart. Take comfort in his memories and each other. He will be missed. I raise my glass to Jim and send you all an Irish blessing/toast. "May joy and peace surround you, contentment latch your door. And happiness be with you now and bless you evermore." Love, Chrissy
Chrissy Murray
November 13, 2020
Dear Dan and Andrea and Sam, We are so sad for your loss. What a marvelous life to celebrate. I wish I had known him. We are sending you all heartfelt sympathy, love, light and prayers. We hope that knowing how much we care will bring you some comfort and peace. Donna and Bob Berger
Donna Berger
November 12, 2020