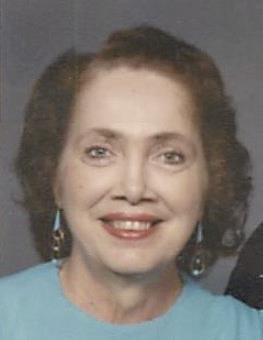 Mrs. Matthews, a devoted wife and mother, was born in South Bend, IN and grew up in Orlando, FL as a child. She was the daughter of the late Clifford Harry Strycker and Kathryn Ada Clark Strycker. She married the late Charles Benjamin Matthews and raised their five children in Orlando, FL.

Published by Orlando Sentinel from Mar. 25 to Mar. 26, 2021.
To plant trees in memory, please visit the Sympathy Store.
MEMORIAL EVENTS
To offer your sympathy during this difficult time, you can now have memorial trees planted in a National Forest in memory of your loved one.
MAKE A DONATION
MEMORIES & CONDOLENCES
Sponsored by The Orlando Sentinel.
0 Entries
Be the first to post a memory or condolences.