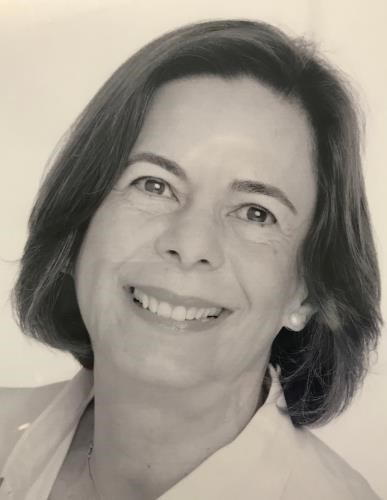 BORN
1953
DIED
2020
It is with great sadness that we report the passing of Laura M. Forleo on Thur. March 5, 2020 after a long battle with kidney cancer. Laura was born on Nov 12, 1953 in the Brazilian city of Juiz de Fora located in the mountains about two hours northwest of Rio. Her parents were Lydia and Moyses Oliveira now both deceased.

At 17 Laura won an American Field Service opportunity to become an exchange student in the United States. Laura was placed in the small city of Salisbury, MD on the eastern shore where she was embraced by her new American family. Thus began an amazing long term relationship with Bill and Emily Briddell and their four children, Becky, Paige, Donna and Bryan. This relationship was to last up to Laura's passing.

After her year in America, Laura briefly attended university and then passed the prestigious national exam for a position in the Bank of Brasil. She began a 20 year career in the bank making lifelong friends among her colleagues. She married Cid Forleo and gave birth to her son Marcio in 1985. In spite of their comfortable life in Brasilia, the Forleos decided to come to America in 1995 to seek better educational opportunities for their son.

Unfortunately, after less than two years in America, Laura's husband was diagnosed with liver cancer and subsequently passed away, leaving Laura with a young son alone in an often harsh environment. Embracing her long interest in health care, Laura studied nursing at the Florida Hospital School of Nursing. She graduated with top honors and was the first international student in the history of the school.

Laura spent the next 20 years in various nursing positions at Florida Hospital finishing up her career as head of Care Coordination for the Urology Group in the Florida Cancer Institute. Laura, having been raised in Brazil as a Methodist, became an active member of St. Luke United Methodist Church in Windermere. She participated enthusiastically in the mission efforts of the church. Missions was her passion. She said, "Mission brought me to the church and mission kept me there." She crowned her mission work with at trip to Ethiopia with a Florida Hospital team.

Sadly Laura was diagnosed with kidney cancer at age 62. In spite of her illness, she and Richard McFadyen were married on May 27, 2017. Laura and Richard were able to travel widely to the Grand Canyon, Brazil twice, Colorado, Portugal and even Turkey with a group of Brazilian friends from her days at the bank.

Laura loved movies, little children, especially little girls, parties, murder mysteries on TV but most of all her friends. Her incredible smile and warmth enthralled all who met her. Her glowing personality will be greatly missed.

She is survived by her husband Richard McFadyen, her son Marcio Forleo and daughter-in-law Jacaklyn Forleo, step-father Wagner and her adopted American family the Briddell's.

Laura's memorial service has been postponed for the time being due to the Covid-19 Virus. Please visit www.degusipe.com for updated Memorial Service information.

A memorial gift may be made to the Capital Mission Endowment Fund at St. Luke United Methodist Church, 4851 S. Apopka-Vineland Rd., Orlando Fl. 32819
To plant trees in memory, please visit our Sympathy Store.
Published by Orlando Sentinel from Mar. 18 to Mar. 19, 2020.
MEMORIAL EVENTS
No memorial events are currently scheduled.
To offer your sympathy during this difficult time, you can now have memorial trees planted in a National Forest in memory of your loved one.
Funeral services provided by:
Degusipe Funeral Home & Crematory
GUEST BOOK
7 Entries
I’m so sorry to hear this. It’s so strange that this morning I found my senior pictures and she was one of them, and I was thinking how great it would be to see her again. She was such a sweet and fun girl. Many prayers to her family and the Briddells.
Marci Payne McCormick
Classmate
September 15, 2020
Dear Richard,
We are in sympathy with you in the passing of your wife, Laura Maria. May you be comforted by the memories of your brief but rich time together.
Sincerely,
Marian Whitlow Price
Tom Price EC '65
Marian W Price
April 1, 2020
One of the questions asked by the hospital's Gallup polls was "Do you have a best friend at work?" This was always the hardest question to explain to the team I that I am blessed to work with. Usually folks think of "well, let's see, of my circle of friends, do any of them work at the hospital?" The question was more from a point of "is there someone at work in whom you can confide, lean on in times of trouble, share your celebrations with?" Laura fit both these of definitions of the "best friend at work" for me. She was truly always ready for whatever was next, work or adventure. She was one of the most truly passionate persons I've ever had the opportunity to meet; never approaching anything halfway but with gusto! We shared a bunch of meals together, some simple and some simply amazing. Boy, did this lady love a good fried fish n hush puppy dinner! Or an afternoon of picking crabs after a walk through a local park. Along the way our conversations covered every possible topic and she simplified all of the complexities of life. She would refer to this as "Ninja-ing". Anytime you would say you had too much or it was complicated, she'd jump in and say "Ninja it!" Her love for and joy in taking care of family had no bounds. The irony of her role as RN Navigator/Care Coordinator for Urology as she was diagnosed with renal cancer was just too, too much. I went to visit her the day she heard the news and quickly realized that her room was the one with wayyyy more visitors than allowed! She loved you all so much. Knowing her affected each of us, and I know for myself, made me a better person. She was such a brave soul. I will miss her terribly and take comfort in the promise of the hereafter.
Heather Burner
March 27, 2020
My heart breaks to even think she is gone. My thoughts and prayers to all of the family and friends. I feel like I know so many as Laura and I ate lunch most of the time before she stop work and we stayed in touch. She was "Auntie Laura" to my grand kids and she always had time to listen to whatever was going on in their lives. She was truly a good friend that I miss so much. We dashed around during the political rallies and could talk politics, religion, faith and family and never skip a beat. I will forever cherish our friendship and will treasure the fact that she was my friend. It would take a book to describe all the beautiful memories. I shall miss hearing about all the exciting things in her life and her being excited for the simple ones in mine. She will forever be missed. I will forever cherish our friendship.
Diana Ousley
March 21, 2020
I remember Laura very fondly from our Jouney's of St. Paul trip. She was very special. My condolences to her family. Nick Wunder
Nick Wunder
Friend
March 21, 2020
I am so sorry. I met Laura when we traveled to Greece with a group from St. Luke's. She was a wonderful lady with a beautiful smile and heart. She will be missed. ❤
Julie Evans
March 21, 2020
Conheci Laura em nossa viagem para a Turquia. Uma pessoa delicada, semblante sereno, apesar da doença cruel que insistia estar presente. O pouco tempo de conhecimento foi suficiente para não esquecê-la jamais. Laura, descanse em paz.
Junilho Pedro
Friend
March 20, 2020