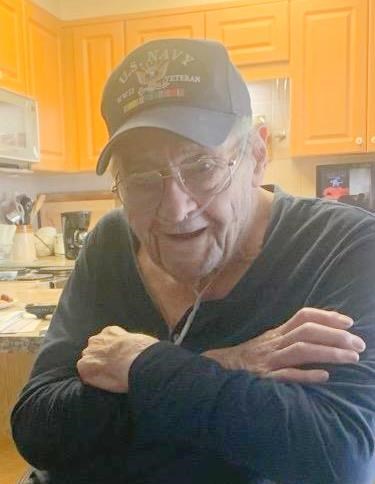 BORN
1928
DIED
2021
FUNERAL HOME
Woodlawn Memorial Park & Funeral Home
400 Woodlawn Cemetery Road
Gotha, FL
Richard Edwin Cella, age 92, of Altamonte Springs, Florida, passed away on Saturday, April 3, 2021. Richard was born May 27, 1928 in Trenton, New Jersey to the late George and Lucy Cella. He served his country during World War II in the United States Navy. He was a loving husband, father, grandfather, and great-grandfather who was an avid golfer all of his life.

Richard is preceded in death by son, Ronald Cella.

He is also survived by his grandchildren: April, Jacklyne, Jamie, Zachary, Kristine, and Kenny; 13 great-grandchildren, and two great-great grandchildren.

A private family inurnment will be held in Woodlawn Memorial Park at a later date.

Fond memories and expressions of sympathy may be shared at www.woodlawnfuneralhomegotha.com for the Cella family.
Published by Orlando Sentinel from Apr. 14 to Apr. 15, 2021.
To plant trees in memory, please visit the Sympathy Store.
MEMORIAL EVENTS
To offer your sympathy during this difficult time, you can now have memorial trees planted in a National Forest in memory of your loved one.
Funeral services provided by:
Woodlawn Memorial Park & Funeral Home
MAKE A DONATION
MEMORIES & CONDOLENCES
Sponsored by The Orlando Sentinel.
2 Entries
The Korean War Veterans Association Department of Florida and Chapter 173 Casselberry send our belated yet deepest sympathies on the passing of our Brother In Arms Richard Edwin Cella (US Navy WWII). He served his country well and honorably. May he Rest In Peace.
Jeannette Sieland
April 20, 2021
Dear Marie, So sorry to hear of Dick passing. You will miss him. He was a good friend and neighbor in NJ. with love and sorrow
Mike Scott
April 15, 2021
Showing 1 - 2 of 2 results