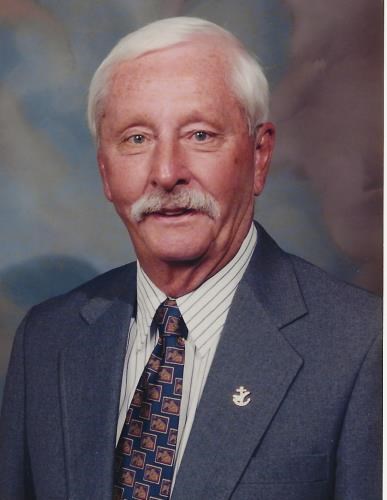 BORN
1928
DIED
2021
Mr. Richard Lee Johnson, Mount Dora, formerly of Cape Canaveral, passed away Wednesday, March 24, 2021 at the age of 93. He was born on March 16, 1928 in Amsterdam, New York to Walter Amos and Gertrude Casabonne Johnson. He served in the Navy in the Pacific theater in World War II. He attended the University of Tampa where he met his future wife, Barbara Ann Neet. They were married on June 8, 1952 in St. Petersburg, FL.

He was employed by the Atlantic Coast Line Railroad as a Passenger Service Agent until 1971. At that time, he was enlisted to oversee the start-up of Auto-Train Corporation in Sanford. Subsequently, he was recruited by Sea Escape Cruise Line to start and manage their Port Canaveral terminal. In his retirement he was an active volunteer in many organizations including Habitat for Humanity and Mercy House Thrift Shop. He was a member of Church of Our Saviour in Cocoa Beach.

A private burial will be held in St. Petersburg and a funeral mass will be said at a later date. Anderson McQueen Funeral Home of St. Petersburg will be handling the arrangements.

To plant trees in memory, please visit our Sympathy Store.
Published by Orlando Sentinel from Mar. 26 to Mar. 28, 2021.
MEMORIAL EVENTS
No memorial events are currently scheduled.
To offer your sympathy during this difficult time, you can now have memorial trees planted in a National Forest in memory of your loved one.
Funeral services provided by:
Anderson-McQueen Funeral Home
GUEST BOOK
Sponsored by The Orlando Sentinel.
5 Entries
The Korean War Veterans Association Department of Florida and Chapter 173 Casselberry send our belated yet deepest condolences on the passing of our Brother In Arms Richard Lee Johnson (US Navy WWII). He served his country well and honorably. May he Rest in Peace.
Jeannette Sieland
April 10, 2021
What a wonderful person, friend and boss. You taught me so much over the years you were a a wonderful mentor, I cherished my many years working at SeaEscape with the family of employees that we created. Rest In Peace Richard I valued our friendship and I smile thinking you are back with your sweet Barbara. Love you dear friend.
DeAnn Turner
Coworker
April 7, 2021
A wonderful man, a mentor to many, a friend to all. Rest well after your life so fully lived.
Tara Marcel Scott
March 28, 2021
A Bright Light. A Ray of Sunshine. A True Gentleman and Professional. Large, Kind Heart. Wonderful Smile. Great Sense of Humor. Humble and Selfless. A Privilege and a Pleasure having the GIFT of his Frienship. R.L. - You are "Something Special". Sincerest Condolences and Deepest Sympathies to a Wonderful Family of a Wonderful Man. This World's Loss, Heaven's Gain. May God Bless you ALL.
Bill Dameron
March 28, 2021
May the love of friends and family carry you through your grief, and find comfort from knowing that God draws close to the broken-hearted.
T. D.
March 27, 2021