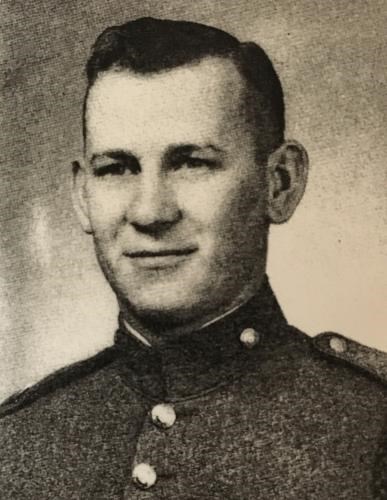 Ron passed away peacefully at his home in Hillsboro, Yamhill County, Oregon at the age of 87. He was with family.

Ron was born in Westfield Massachusetts, the son of Lawrence Mahar and Anna Rainey Mahar. He attended Westfield High School. He played on the Baseball, Football and Hockey teams during High School. He transferred to Valley Forge Military Academy and College and continued playing Baseball, graduating in 1953. During high school he was part of the ski patrol in Otis and Blandford MA. He continued his education at Florida Southern College. While at FSC he worked at Cypress Gardens, driving the ski boat for performances. He loved water skiing, doing stunts, and drove the ski boat for Esther Williams in the 1953 movie "Easy to Love".

In 1955 he enlisted in the Army where he was attached to the JAG Corps at Fort Sam Houston. He served for three years after which he was part of the Air National Guard in Westfield MA for ten years. He was a sales representative for Columbia Manufacturing during his years with the National Guard.

He moved to Orange City Florida in 1968 where he owned a small horse ranch. He managed Blue Springs Park before it became a state park and worked with Jacques Cousteau on a documentary about Manatees. He was also one of the founders of the Spring Lakes Volunteer Fire Department, and the acting Fire Chief until Volusia County took over the department. Afterwards he continued to be a volunteer. He built the fire station located in Deland. He was project manager for several years for John Knox Village until he moved to Nevada and was project manager for Incline Village Park and Rec, retiring in 1992. He returned to his property, Tall Pine Stables, in Orange City Florida where he continued to enjoy the horses that were boarded there. Ron loved to work in the yard, keep the birdfeeders filled, and care for his rose garden.

In 1994 he married his current wife Mary Elise Mahar, née Smart and they lived in Orange City Florida. They enjoyed RV camping, spending time with their camping group, children, and grandchildren. They moved to Oregon in 2016.

In lieu of flowers, donations can be made in remembrance of Ron to the following,

Arrangements by Attrell's Funeral Chapels – Newberg Oregon
To plant trees in memory, please visit our Sympathy Store.
Published by Orlando Sentinel from Apr. 16 to Apr. 18, 2021.
MEMORIAL EVENTS
No memorial events are currently scheduled.
To offer your sympathy during this difficult time, you can now have memorial trees planted in a National Forest in memory of your loved one.
Funeral services provided by:
Attrell's Newberg Funeral Chapel
MEMORIES & CONDOLENCES
Sponsored by The Orlando Sentinel.
1 Entry
The Korean War Veterans Association Department of Florida and Chapter 173 Casselberry send our belated yet deepest sympathies on the passing of our Brother In Arms Ronald Ware Mahar (US Army 3 yrs JAG Corp., 10 yrs Air National Guard). He served his country well and honorably. May he Rest In Peace
Jeannette Sieland
April 20, 2021