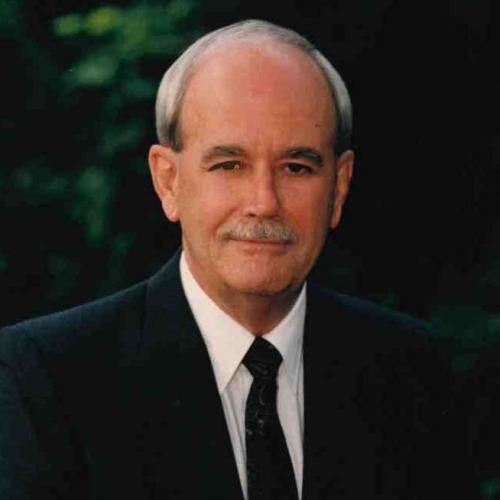 BORN
1933
DIED
2017
MILLIGAN, WILLIAM BILLYof Orlando, died suddenly on Thursday evening, August, 24, 2017. His untimely passing saddened the legions of Billy and his wife Joan's friends. Many have said that Orlando lost a "gentle man" and a "gentleman" on that evening. Billy, who turned 85 on August the 30th, was a Florida "cracker", born in Orlando, the son of James Manley Milligan, and Ellawells Hamer Milligan on August 30, 1933. He is survived by his wife of almost 55 years, Joan Cayce Milligan, Brother in Law, Jim Cayce, and his spouse Tom Dosh, of Hollidaysburg, PA, Sister in Law, Yvonne Oliver Milligan of Winter Park, and many nieces and nephews. He was preceded in death by his parents; his brother, James Manly Milligan, Jr.; his sisters, Shannon Milligan Frierson; and Dutchie Milligan Williams and husband Pete Williams Billy attended The Georgia Military Academy, the Citadel, and then elected to enlist in the U. S. Air Force during which time he was stationed in Bermuda, the Azores, Turkey, and then finally in French Morocco. Upon his Honorable Discharge, he returned to Orlando, and then enrolled at the University of Florida (Go Gators!!). Intending to finish out his education there, he was called home to work in the family owned business - the Orange Court Hotel, located on Orange Avenue. After the hotel was sold, he worked briefly for the Florida Department of Agriculture's Entomology Laboratory in Orlando, before starting a career in commercial and residential real estate, from which he retired in 2004. Billy was active in many Orlando civic associations, including the South Orlando Kiwanis Club where he was a member for over thirty years and served as its President and District Lt. Governor. Coming from a politically connected family (his Father was Chairman of the Florida Democratic Committee during the Kennedy era), Billy was active with many local campaigns including serving on several Mayoral and City Council election committees. Most recently, Billy served as President, then Chairman of "Orlando Remembered", which has since merged with the Historical Society of which he became Chairman, and President of the Central Florida "Old Timers" Club. Billy and Joan were Florida Gators at heart. On September 10, 2011, the fiftieth anniversary of their being "Gator Boosters", Billy and Joan were honored at "The Swamp" for their generous lifetime support of the team. Good friends of Billy and Joan are asked to join family at a "Celebration of Billy's Life", at the Dubstread Country Club from four to six PM on Wednesday, September 6, 2017. In lieu of flowers, the family suggests memorial contributions to Orlando Remembered, C/O The Orange County Regional History Center, 65 E. Central Blvd., Orlando, Fl. 32801.Private interment will follow at a later date.

To plant trees in memory, please visit our Sympathy Store.
Published by Orlando Sentinel from Sep. 2 to Sep. 3, 2017.
MEMORIAL EVENTS
Sep
6
Celebration of Life
4:00p.m. - 6:00p.m.
the Dubstread Country Club
MEMORIES & CONDOLENCES
Sponsored by The Orlando Sentinel.
3 Entries
William Pearce
September 4, 2017
Bill will be missed by all that knew him and his family a great person
Jerry and Lois Wegendt
September 3, 2017
I send my sincere condolences during this very difficult time. May you all find comfort from the encouraging words found at 1 Thessalonians 4:14.
September 2, 2017