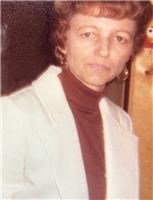 BORN
1929
DIED
2021
FUNERAL HOME
Buresh Funeral Home Inc
121 S Washington St
Hale, MI 48739
Barbara Wilson, 91, of Hale, passed away at home on April 9, 2021, with her daughter Diane and granddaughter Katy by her side.
She was born to the late Vern and Ruth Bean on April 27, 1929, in Whittemore. Barbara graduated from Hale Area High School in 1947.
She married Wayne Wilson in 1948, and they returned to their roots in Hale in 1958.
Barbara is survived by four children, Steve (Carole) Wilson of Hale, Bruce (Mary) Wilson of Washington, Utah; Diane (Kirk) Rasch of East Tawas and Kurt (Lisa) Wilson of Wilmington, N.C. She is also survived by 14 grandchildren and 29 great grandchildren; sister, Olive Streeter; and sister-in-law, Audrey Kocher. Barbara was preceded in death by her husband, Wayne in 1995; and her brother, Vern Beane.
Barbara was a devoted wife and provided loving care and support to Wayne during many years of challenging health issues he endured. During the most challenging time she arranged to keep the family business viable until Wayne could return to work. She also worked as a teller at Farmer's and Merchant's State Bank of Hale and developed many lifetime friendships from her work at the bank.
Most importantly to her, Barbara was a loving mother to her four children and mentioned often in her final years how glad she was that it appeared that job had worked out OK. Her children are all in agreement that she did much better than OK – she was a great mother to them and they are most grateful to have had her as their mother. They will greatly miss her for now, but all are thankful that she is in a better place, healthy once again and look forward to a future reunion.
A graveside service and burial was held on Monday, April 12, at 2 p.m., at Esmond-Evergreen Cemetery in Hale.
The family requests that friends make donations in support of their favorite charity in lieu of sending flowers. Online condolences may be shared with the family at www.bureshfuneralhomes.com.
To plant trees in memory, please visit our Sympathy Store.
Published by Oscoda Press from Apr. 12 to Apr. 20, 2021.
MEMORIAL EVENTS
No memorial events are currently scheduled.
To offer your sympathy during this difficult time, you can now have memorial trees planted in a National Forest in memory of your loved one.
Funeral services provided by:
Buresh Funeral Home Inc
MEMORIES & CONDOLENCES
Sponsored by Buresh Funeral Home Inc.
0 Entries
Be the first to post a memory or condolences.