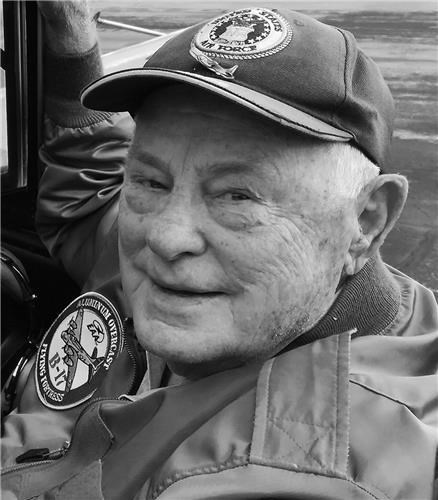 BORN
1932
DIED
2021
FUNERAL HOME
Konrad-Behlman Funeral Home -Eastside
402 Waugoo Ave
Oshkosh, WI
Beloved husband, father, grandfather, friend, and 50-year resident of Oshkosh, Wisconsin, Richard (Dick) Campbell (89) passed away in his sleep on November 12, 2021 due to heart failure. His parents, Kenneth and Marie (Umbach) Campbell welcomed their youngest son into the world on June 30, 1932 in Indianapolis, Indiana. Dick was raised in a family where making the world a better place by "being useful" was a prominent theme. He held his first job, a newspaper route delivering the Indianapolis Star on his bicycle, for eight years from 5th -12th grades. Sports were an important part of Dick's childhood. He was a talented athlete, lettering in football, basketball, and baseball at Broad Ripple High School (1946-1950) and Butler University (1950-1954). In 1950 he earned the Indianapolis High School Athlete of the Year Award and was humbled by the distinction. As a teenager, his dream was to be a professional baseball player. That dreamed changed when he graduated from Butler with a degree in education and a commission as a 2nd Lieutenant through the Air Force ROTC program. He and his beloved wife Marillyn (Shaw) were married in Indianapolis in 1954, one month before he began pilot training.

Dick was honored to serve in the Air Force as a pilot/officer in a Strategic Air Command squadron flying KC-97 refueling tankers out of Dow Air Force Base in Bangor, Maine and also Thule, Greenland. He returned to civilian life as a USAF Captain and his path turned toward a rich professional career with the YMCA. He retired in 1993 after serving 35 years at YMCAs in Indianapolis, Milwaukee, Racine, and finally Oshkosh, as the executive director from 1971-1993. Dick was a selfless servant-leader, widely respected and admired for his kindness, generosity, and compassion for everyone he encountered. He lived the Golden Rule every single day.

He was an avid "student of history" and a voracious reader. Dick created thirteen PowerPoint presentations, which he called "Great Moments in History". From 1999-2020 he made 602 presentations to almost 22,000 people at schools, service groups, libraries, and museums in 49 cities in Wisconsin and also many times in Fairbanks, Alaska. Educating others, sharing fascinating stories, and making history come alive for people of all ages was immensely rewarding for him, most recently at the 2021 EAA Convention where Dick shared seven different presentations about important aviation events. (All thirteen talks can be viewed on You Tube: Dick Campbell's History Presentations.)

A dedicated community volunteer, Dick had a zest for life and was involved in many Oshkosh organizations: Downtown Rotary Club, EAA Museum Docents, Chamber of Commerce SCORE, Meals on Wheels, and United Way. He loved reading stories to the children in the YMCA daycare and you'd frequently find him there, laughing and sharing favorite picture books with the kids.

Friends and family were paramount in Dick's life. He and Marillyn recently celebrated 67 wonderful years together. Dick was a devoted father to his three children, Susan, Cathy, and Bob. Family Time was a priority and there are myriad stories full of laughter, graced with the simple pleasures that occur when people who deeply love each other are shaping a life together. There was always a dearly loved family dog sharing their adventures.

Dick's ardent curiosity was evident in his ubiquitous quest to learn new things and to have new experiences in nearby or far away places. He loved all his Elder Hostel, Road Scholar, and history excursions. He and Marillyn visited their daughter, Susan, in Alaska dozens of times. For 67 years, he meticulously organized scrapbooks of his family's life together, beginning a new one each year on August 29, his and Marillyn's wedding anniversary. These scrapbooks are family treasures. Dick nurtured his friendships and kept in touch with dear friends, many from his childhood, college, and Air Force days, saving each letter and card in his scrapbooks. His family and friends recognize the profound ways their lives were graced by Dick's presence. They will always remember what Dick would say at the end of every letter and conversation, "I love you BIG!"

A Celebration of Life will be held at Peace Lutheran Church (240 W. 9th Ave. Oshkosh, WI) on Friday, December 3. Visitation with the family will be held from 12-2pm, and the Memorial Service will begin at 2pm. Dick's family is grateful to be able to gather with friends to celebrate his life during the ongoing COVID pandemic and is striving to do this safely. Following Dick's example to live his life exemplifying care and concern for his family and community, masks are required for all guests - whether vaccinated or unvaccinated.