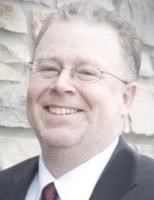 BORN
1965
DIED
2021
Richard Michael " Mike" Smith
Richard Michael "Mike" Smith, 56, of Oronoco, Minnesota, passed away Friday September 24, 2021 at his home.
Mike was born September 1, 1965 in Albion, MI to Larry and Kathryn (Bailey) Smith. He grew up in Midland, MI and graduated high school there. Mike graduated from Michigan Technical University in 1986 with a degree in Computer Science. He moved to Rochester in 1986 and started working for IBM. In 2004, Mike received his MBA from Northwestern University Kellogg School of Management in Evanston, IL. In 2010, after 24 years at IBM, Mike left and joined Preventice Solutions as CTO. At the time of Mike's passing he was CTO at Boston Scientific. Mike was passionate about cooking and was Chef/Co-Owner of Leaving Minnesota Food. He was a Past President of South Eastern Minnesota Youth Orchestra (SEMYO).
On November 21, 2008, Mike married Cindy Walker. Mike was very devoted to his wife. In addition to his work and cooking, Mike's other enjoyments included traveling, fishing, running, hiking, golfing, and brewing beer.
Mike is survived by his wife Cindy of Oronoco, Cindy's children Allison Walker, and Erik Walker. He is also survived by his mother Kathryn Smith of Sierra Vista, AZ, and sisters Julie (Matt) Smith of Midland, MI, and Annette (Bill) King of Sierra Vista, AZ. Mike was preceded in death by his father Larry.
Music was important to Mike, in lieu of flowers memorials are preferred Midland Community Foundation-Larry C Smith Family Memorial Scholarship.
Ranfranz and Vine Funeral Homes is honored to be serving the Smith family.
Published by Midland Daily News on Oct. 8, 2021.
To plant trees in memory, please visit the Sympathy Store.
MEMORIAL EVENTS
To offer your sympathy during this difficult time, you can now have memorial trees planted in a National Forest in memory of your loved one.
MAKE A DONATION
MEMORIES & CONDOLENCES
0 Entries
Be the first to post a memory or condolences.