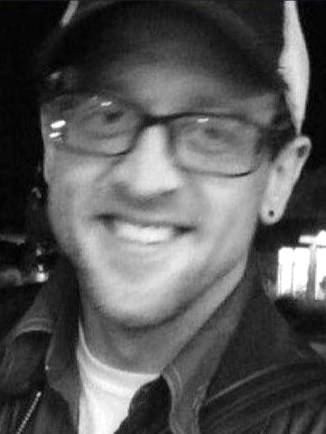 Derek's egg hatched on April 24th, 1978--Dale Nelson was the sire and Jackie Nelson the materfamilias. He was the youngest and most intelligent of the Nelson brood, with older brothers Brian and John preceding him. As a youngster growing up in the metropolis known as Owatonna, he enjoyed playing with Transformers (Optimus Prime was his #1), butchering chickens with his Grandpa Arnie, and spending time with his animal menagerie consisting of fish, gerbils, birds, hamsters, cats, and hermit crabs. After graduating from Owatonna High School in 1996, Derek attended the University of Minnesota for a spell. After giving school the "old college try" (sorry...I had to), he followed his passion and chased his dream to make it in the music world. Well, his real dream was to be on Jeopardy, but I digress. In 1998, he moved to the Berkeley/Oakland, California region to join the band Fluke Starbucker. Derek lived on the clement West Coast until 2005 when he made his way back to the inclement Midwest. He loved living in Uptown Minneapolis, often frequenting one of the many local music venues. While on this spinning sphere (zip it, flat-earthers!) we call earth, Derek loved music (he thought his was better than yours), sports (he thought yours was better than his), his cats, and his friends and family.

Derek was preceded in death by his father, Dale Nelson, in 2005.