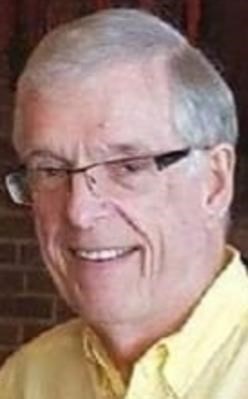 Richmond - David C. Burns 76 of Richmond passed away December 17, 2019 at Hospice of South west Ohio in Madeira, Ohio after a short illness. He was born January 1, 1943 in Mt. Sterling, Kentucky to William and Emma Elam Burns and has lived in this area since the 70's.

He retired after 25 years from Harris Allied Broadcast Equipment. David thoroughly enjoyed the broadcasting industry and keeping up with his old co-workers.

He was a member of St. Mary Catholic Church.

He is preceded in death by his parents.

Services will be private and at the convenience of the family. Stegall-Berheide-Orr Funeral Home is handling local arrangements. Condolences may be sent to the family by visiting www.stegallberheideorr.com

Published by The Palladium-Item from Dec. 18 to Dec. 19, 2019.
To plant trees in memory, please visit our Sympathy Store.
MEMORIAL EVENTS
To offer your sympathy during this difficult time, you can now have memorial trees planted in a National Forest in memory of your loved one.
Funeral services provided by:
Stegall-Berheide-Orr Funeral Home - Richmond
MAKE A DONATION
MEMORIES & CONDOLENCES
Sponsored by Stegall-Berheide-Orr Funeral Home - Richmond.
2 Entries
May the God of all comfort sustain your family during the days ahead Psalms 119:76
December 23, 2019
The Radio World family sends our sympathies to Dave's family. We will always remember his passion and hard work in and around our broadcasting industry.
December 18, 2019
Showing 1 - 2 of 2 results