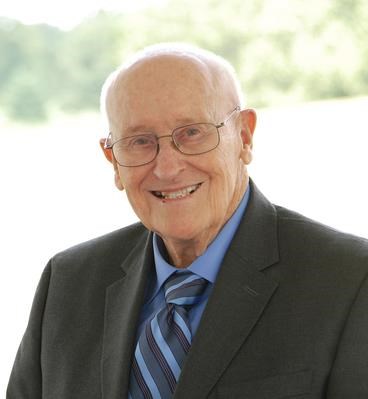 Hagerstown - William L. "Bill" Brown, 92, longtime resident of Hagerstown, passed away in Madisonville, KY on May 26, 2020. Bill was born in Seymour, Indiana on August 5, 1927 to the late Carlos and Gertrude Brown. He was a 1945 graduate of Seymour High School. After high school, Bill joined the Navy, ran his father's car and truck repair business and attended Purdue University. He earned his Mechanical Engineering degree from Purdue University in 1957 and eventually his Professional Engineer certification. He started working at Perfect Circle in 1957 which later became Dana Corporation and retired in 1992. He married Iona Belle Bertram of Hagerstown in 1959. She preceded him in death on August 3, 2000. While living in Hagerstown, he was a longtime member of St. Elizabeth Catholic Church, Hagerstown Optimist Club, and the Indiana Society of Professional Engineers, Whitewater Valley Chapter. Bill served on the board of the Hagerstown Jefferson Township Public Library including several years as Library Board President. More recently, he was a member of Christ the King Catholic Church in Madisonville, KY. As an avid golfer, he was a member of Hartley Hills Country Club for many years. He was a devoted fan of Purdue football and basketball. He also enjoyed spending time with his granddaughters.

Visitation, with observation of social distancing will be at Culberson Funeral Home, Hagerstown, on Sunday, May 31, from 3 p.m. to 5 p.m., with prayers beginning at 5 p.m. A funeral Mass will be celebrated on Monday, June 1, 2020 at St. Elizabeth of Hungary Catholic Church, Cambridge City.Fr. John Hall will officiate. Burial will follow Brick Cemetery. Donations may be made to St. Elizabeth of Hungary Catholic Church, Hagerstown Optimist Club or the Hagerstown Jefferson Township Public Library. Special thanks to Bill's caregivers, Pat Churchwell, Joanne Eastman, and Mark Missig for their loving care and support, especially in the last few months. Online condolences may be left at www.culbersonfh.com