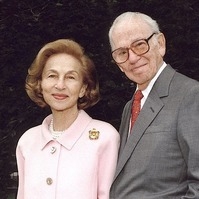 Published by Palm Beach Daily News from Mar. 10 to Mar. 11, 2021.
To plant trees in memory, please visit the Sympathy Store.
MEMORIAL EVENTS
To offer your sympathy during this difficult time, you can now have memorial trees planted in a National Forest in memory of your loved one.
MAKE A DONATION
MEMORIES & CONDOLENCES
9 Entries
Years ago I was fortunate to work on a data processing chargeback system with Kay Windsor, recently part of Vanity Fair Corp. This system allowed shops who were customers to be promptly billed for delivered orders, if they appeared to be closing, a big improvement over the prior slower manual system. I appreciate Kay Windsor hiring me for this job, but I had a long commute from Cape Cod each day, and eventually dropped out. I wish the family good fortune; I never met Carl personally, and appreciate his hiring me and the new experience.
Rob Palmer
Coworker
May 8, 2021
Grief can be so hard, but our special memories help us cope. Remembering your loved one today and always. Please except my warmest condolences.
Simone Taylor
March 26, 2021
Uncle Carl possessed a quality which I always found so appealing and that is the twinkle in his eye. I always enjoyed his sense of humor and his warmth. I have a lifetime of memories of him- celebrating many holidays at his home on Commonwealth Avenue.
March 11, 2021
I am so, so sad about Mr. Shapiro’s passing. It is hard to call him Carl as he represents an era that acknowledged those in our lives who led by example and whose wisdom we valued, more formally. We would all do well to strive to match his contribution and values. His dedication to his family was notorious. Being in his presence was a joy-not only for who he was but for what he represented. The best at being human and wise- with a good dose of humor. No wonder his family and so many others adored him. He seemed to be eternal -and he almost was in this life but certainly the legacy he left so profoundly will be carried by future generations of Shapiros and the names on institutions he and his wife so positively impacted will be a reminder to others. God bless him and may Heaven enjoy his presence.
Pamela Humphrey
Friend
March 10, 2021
While I was blessed to have been introduced to "Carl" and on several of his family occasions being able to have a conversation with him, I was always struck that he remembered my name . I can hardly remember my name :) Truly a giant that will be missed.
Mark Cohen
Acquaintance
March 10, 2021
Though a very successful businessman, he gave top priority to family and charity, and was rewarded with an astoundingly long life. May his memory be blessed.
Larry Gevirtz
March 9, 2021
My wife and I graduated Brandeis in 1965. We remember the Shapiro name at Brandeis and enjoyed the buildings which commemorated his gifts. His obituary is truly inspiring. I’m sorry I never had the opportunity to meet him. My condolences to his family, who ,I am sure , understand that mr Shapiro was truly a unique individual.
Dennis smith
Student
March 9, 2021
We are proud to have met this important man on several occasions , he was a very caring great grandfather to our two grandchildren ,Penelope and Eloise.
We send our sympathies to all the family.
John & Jocelyne Hanman
March 9, 2021
Years ago when I was living in the Boston area, I frequented a restaurant in Chestnut Hill. I was fortunate to meet Ruth & Carl since I sat at the table next to them. Ruth was a delight & a true lady. Carl gave me wonderful business advice which helped tremendously; not to mention giving me contacts in that regard.

My sincerest sympathies go out to the family for this wonderful man .
Rena Green
Acquaintance
March 9, 2021
Showing 1 - 9 of 9 results