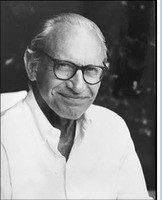 BORN
1920
DIED
2021
ABOUT
Germantown Academy
Howard C. Story, Jr.
Palm Beach - Howard C. Story, Jr., resident of Palm Beach, Florida, passed away peacefully on March 15th, 2021. He was born in Philadelphia, PA on April 1st, 1920 to Howard C. Story and Johanna Kryder Story. He attended Germantown Academy (Class of 1938) and the University of Pennsylvania (Class of 1942). Following Pearl Harbor, he enlisted in the Army and was assigned to the 3110th Signal Service Battalion. He was deployed to Scotland and from there his company was sent on assignments to Tamerville, Valognes, and Paris, France, and then to Berlin, Germany. Howard received the Republic of France Legion of Honor Medal for his service in France in WWII. After the war, he joined his father's national Newspaper Advertising Representative firm, Story, Brooks & Finley. After becoming Chairman, he merged the company, which became known as Story, Kelly-Smith, Inc. An avid sportsman, Howard enjoyed sailing, squash, tennis, golf, and fly-fishing among others. He greatly enjoyed his memberships at the Philadelphia Cricket Club, University Club of NY, Winged Foot Golf Club, Bay Head Yacht Club, The Beach Club, Old Guard Society and The Everglades Club. In the squash world, many University Club members and their guests enjoyed competing in the "Silver Fox Member-Guest Tournament" which Howard founded and supported. Howard is predeceased by his first wife, Carol Story of Philadelphia, his son, David Story, and his second wife, Fritzi Story of San Francisco, New York and Palm Beach. Howard and Fritzi enjoyed their abundant Palm Beach friendships and their world travels. Howard is survived by his children Howard C. Story, III and Susan Story Cator (David) and his six grandchildren who he loved immensely: Tabor Story, Johanna Story, Howard C. Story, IV ("Clay"), Caroline Cator, Elizabeth Cator and Lindsay Cator. Due to Covid-19, the funeral will be family only and a celebration of his life will be planned at a later date. The family would like to thank his caregivers, and especially Kim Kurtz, for all they did to ensure his well being. Memorial contributions can be made in Howard's memory to the American Red Cross.
Published by Palm Beach Daily News from Mar. 20 to Mar. 21, 2021.
To plant trees in memory, please visit the Sympathy Store.
MEMORIAL EVENTS
To offer your sympathy during this difficult time, you can now have memorial trees planted in a National Forest in memory of your loved one.
MAKE A DONATION
MEMORIES & CONDOLENCES
5 Entries
May the love of friends and family carry you through your grief.
My deepest sympathies on the passing of Uncle Howard.
Scott Story Carter
April 19, 2021
Please except my deepest sympathies to you and your family at this time of grieving. May God be with you and your family in this time of sorrow.
Simone Taylor
April 1, 2021
100 years wasn’t enough ! Forever in our hearts . Susannah Story Bell
S. Bell
Family
March 25, 2021
Condolences to the family and closest friends. The "Old Guard" pool just got smaller!
Chuck Miller
March 22, 2021
Howard was a dear friend from the Old Guard and The Evergades and will be missed. He had a great life and enjoyed everything. My condolences to the family. May your grief be easy and brief.
Hank Homes
March 21, 2021
Showing 1 - 5 of 5 results