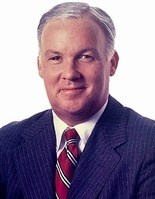 BORN
1934
DIED
2021
James Bradford Greer
Wellington - JAMES BRADFORD GREER, 87, of Wellington and Vero Beach, Florida, passed away peacefully with his children at his side on June 2, 2021. Brad, as he was known and loved by friends, family, and colleagues, was born on April 26, 1934 in Massachusetts. He attended Brown University and served in the Navy before embarking on a long and successful career as a banker, philanthropist, and entrepreneur. He was a devoted and loving husband for 57 years to Joan Greer until her passing in 2017. As he moved up the career ladder, starting at Harvard Trust in the early 1960s, Brad was proud of the fact that his customers trusted him implicitly and often became his good friends. He was never a proponent of the hard sell, and kept foremost in his mind to do what's right for his clients. This approach served him well, as his rise to the position of President of Chase Bank of Florida and later founder of Cypress Trust Company bears out.
He remained a life-long ardent – some might say mildly obsessed – sports fan, in particular of the Boston Red Sox and the New England Patriots, though he would watch with interest literally any sport, up to and including curling. He sometimes did not understand that the Red Sox (or the umpires) could not hear him yelling at the TV screen. He was a talented pitcher in college, an avid tennis player, and remained involved with both sports by coaching his three sons in Little League, playing softball, and becoming a certified tennis umpire. One highlight of his long and illustrious life was attending the famous sixth game of the 1975 World Series at Fenway Park – that venue which, being a not overly religious man, may as well have been his church.
At an age when most people are considering retirement, he resigned his position at Chase to start Cypress Trust, which continues to flourish today. His work for charities, including the Rehabilitation Center for Children and Adults in Palm Beach, Indian River Community Hospital, Community Foundation of Palm Beach, 19th Hole Club, Boys and Girls Clubs, and many more, are a testament to his desire to help the most vulnerable in society, and also his knack for soliciting donations. His ability to remain affable and engaged while talking to countless people was just one of his numberless gifts.
Most importantly, he will be remembered by his family and everyone who knew him as one of the kindest, warmest, most generous, genuinely loving, and least patient human beings ever to grace the planet. His three boys particularly recall with infinite gratitude his forbearance towards their youthful antics, and his constant reminder that the living room was "not a gymnasium." He will always have a portion of their own successes, and no part of their occasional failings. Brad led by example, was if anything honest to a fault, and proved no help whatsoever to his wife in solving crossword puzzles. He is survived by his three sons James, Jeffrey (Stacey), and Peter (Deena), and his cherished granddaughter Madison Joan Greer.
As directed by his wishes, there will be no memorial service, and as proclaimed with pride by his loved ones, every day henceforth will be a celebration of his life and love. In lieu of flowers, please consider a donation to Alzheimer's Foundation of America.
alzfdn.org/support-us/donate
Published by Palm Beach Daily News from Jun. 9 to Jun. 13, 2021.
To plant trees in memory, please visit the Sympathy Store.
MEMORIAL EVENTS
To offer your sympathy during this difficult time, you can now have memorial trees planted in a National Forest in memory of your loved one.
MAKE A DONATION
MEMORIES & CONDOLENCES
2 Entries
Jeff - so sorry for your loss. Reading the obituary, I could hear your voice saying the words! I very much enjoyed knowing your Dad and this brings back many good many good memories of what I feel was a more "gentlemanly" time for our business in Palm Beach. Many good memories of our association at Cypress as well.
Hope you are doing well. Best wishes, Cap
Cap Coyle
Friend
June 10, 2021
My heartfelt condolences go out to family and friends for your loss. It was my honor and privilege to work with Brad to establish the Vero Beach office of Cypress Trust Company back in 2005. He was always a source of encouragement and a good sounding board. Brad, may God bless you. You will be missed.
Dee Giannotti
Friend
June 10, 2021
Showing 1 - 2 of 2 results