Search by Name
Martha B. Moore 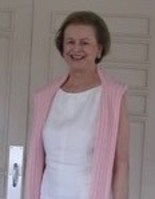 Martha B. Moore
Palm Beach - Martha B. Moore, a friend to many and longtime island resident, died at her Palm Beach home. She was 92.
Mrs. Moore was a devoted member of the Church of Bethesda by The Sea, The Society of the Four Arts, and Planned Parenthood of Palm Beach.
Raised on Casa Lorraine Plantation near Hughes, Arkansas, Mrs. Moore went on to receive a B.A. from Duke University. Upon graduation, she moved to Washington DC, where she worked for the CIA in its founding years. Following the death of her first husband, James Perky, killed in U.S. Air Force military service, Mrs. Moore attended Harvard Business School. She was among the institution's first classes of women to receive an MBA degree.
She moved to New York City in 1962, where she met and married her second husband, Edward S. Moore. Her banking career led to her work for Transcontinental, Smith Barney, and Citibank. In 1975, she and her family moved to Palm Beach, where she lived most of her life.
She is preceded in death by her father, Earl Crafton Beck Sr.; mother, Lorraine Harrington Beck Johnston; brother Earl C. Beck Jr., and husbands James Perky and Edward S. Moore. Mrs. Moore is survived by her daughter Diana Moore of Boulder, CO; son John Moore of Darien, CT, and three grandchildren Foster Azqueta, Jane Moore, and Theodore Moore.
Published by Palm Beach Daily News from Mar. 20 to Mar. 25, 2021.
To plant trees in memory, please visit the Sympathy Store.
MEMORIAL EVENTS
To offer your sympathy during this difficult time, you can now have memorial trees planted in a National Forest in memory of your loved one.
MAKE A DONATION
MEMORIES & CONDOLENCES
0 Entries
Be the first to post a memory or condolences.