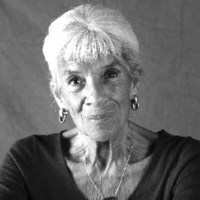 BORN
1933
DIED
2020
FUNERAL HOME
Wilson & Knight Funeral Home - Greenwood
910 Hwy 82 West
Greenwood, MS
Marie Stoner Hale Sandall passed away on Friday, August 21, 2020 at home in West Palm Beach. She was 87. She was born in Greenwood, MS on January 29, 1933, to Jennie Massa Weaver Stoner and Lawrence Hibbler Stoner.
Growing up in Greenwood, Marie studied dance from the age of two. She trained in the studios of Whitford Price and Jean Pepper, and taught her own dance and charm school classes to other children in the summers. Equally talented on the piano, she won several pageant titles and a piano scholarship to the (now) University of Southern Mississippi in Hattiesburg. After two years in college, Marie moved to Chicago to study at the Allegro School of Ballet with Richard Ellis and Christine Du Boulay, former principal dancers of Sadler's Wells (later the Royal Ballet) in London - where she was soon asked to lead classes herself.
While in Chicago, Marie dated Art Institute student, Reuben Hale, who was also from Greenwood. They married in 1953, had a baby girl, Irma, and opened the School of Ballet and Art together in Greenwood. Combining their talents, they offered classic, modern and jazz ballet, and painting, drawing and sculpture.
When Reuben was offered a job as full-time art instructor at the (now) Palm Beach State College, the family moved to Florida in 1961. Marie began teaching ballet at Imperial Studios in Palm Beach, and gradually became co-director of the school. She and fellow teacher Lynda Swiadon later took over and soon moved to a larger studio space in West Palm Beach. In 1973, Marie formed the Ballet Arts Theater of Palm Beach with other community leaders. The school and company grew to offer four full-length productions every season.
Marie and Reuben divorced in 1976, and in 1978 Marie married Edward Sandall, an orthopedic surgeon and father of Andrea, one of the company's dancers. By 1983, when Marie's training programs included 300 students, with graduates moving into professional companies such as American Ballet Theatre, Paul Taylor Dance and the Houston, Stuttgart and Frankfurt ballet companies she took the core of their most talented dancers, and renamed the company Ballet Florida.
Over the next 26 years, a tireless Marie led the vision and growth of Ballet Florida, commissioning and performing works from Vicente Nebrada and other talented and prominent choreographers; and "Marie Hale's The Nutcracker" was a beloved seasonal highlight. She and Ed provided guidance and financial support to the company for many years until its closure in 2009. Since then, Marie supported her friends and former dancers, while taking some much deserved time for herself, and sadly lost both Reuben and Ed in early 2018.
Marie is survived by her daughter Irma Hale of West Palm Beach; step-daughters Andrea Sandahl of Montclair, NJ and Shelly Sandall of Milan, Italy; step-grandchildren Julia Sloan of Yardley, PA and Blake Hart of Montclair, NJ; nephew Bob Hill (Lynn) of Mobile, AL. She is loved and remembered by friends and colleagues Lynda Swiadon and Claudia Gumbinner; students from her extensive teaching history, including Lou Conte, the Founder of Hubbard Street Dance, Chicago; and countless professional dancers who owe their careers to her training and vision. They can all still hear her saying, "I don't know why I dance, I only know I must."
A small graveside service at Odd Fellows Cemetery in Greenwood, MS is being planned at 11:00AM September 2, 2020. A larger Memorial Service will be held in West Palm Beach when pandemic restrictions are lifted and it is safe to do so. In lieu of flowers, please send donations to the professional dance company of your choice, Doctors Without Borders, the Innocence Project, Peggy Adams Animal Rescue, or the charity of your choice. Wilson & Knight Funeral Home in Greenwood, MS will be in charge.
The website balletfloridathelegacy.com has been newly built to honor the rich history and legacy of Ballet Florida. Please share any special memories of Marie and the company there that you may have.
Published by The Palm Beach Post from Aug. 25 to Aug. 26, 2020.
To plant trees in memory, please visit the Sympathy Store.
MEMORIAL EVENTS
Sep
2
Graveside service
11:00a.m.
Odd Fellows Cemetery
Greenwood, MS
Funeral services provided by:
Wilson & Knight Funeral Home - Greenwood
MAKE A DONATION
Please consider a donation as requested by the family.
MEMORIES & CONDOLENCES
Sponsored by Wilson & Knight Funeral Home - Greenwood.
4 Entries
During a Nutcracker performance in the mid-70s my grandfather leaned forward and whispered he would drive me to Ballet Arts from Tequesta if my parents would pay for the lessons. That evening changed my life. I owe so much to the lessons I learned in ballet class. I loved ballet, but that is not what has stuck with me over the years. I learned dedication from Marie Hale. I learned to work hard, and then work harder. I learned to understand that you will find passion in what you are created for, even if it isn't dance. Ms. Hale loved the arts, loved ballet, and loved her student, I was blessed to dance under her watchful eye. My prayers go out to her family and loved ones, may they find comfort in knowing her impact will continue for many years to come.
Amy Nessmith Stumpf
Student
September 4, 2020 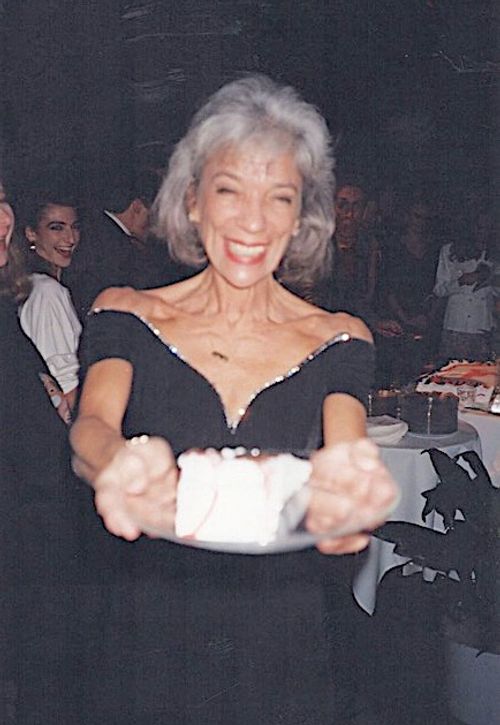 Eduardo Sicangco
Friend
August 30, 2020
As always are thoughts and sincere sympathies are with you at this very sad time. Xx❤
Mair And Peter Rowley
Friend
August 27, 2020
Irma so sorry to hear about your mom may God bring comfort to you and family
Jimmie Sneed
Family
August 26, 2020
Showing 1 - 4 of 4 results