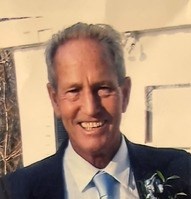 FUNERAL HOME
Northwood Funeral Home & Crematory
5608 Broadway
West Palm Beach, FL
Michael James Broyer
Lake Worth - Michael James Broyer, 73, of Lake Worth, passed away on February 27, 2021. Son of the late James and Helen Broyer; brother of Francis Paul Broyer, Dennis Broyer (deceased); father to Jessica Nassif, Sarah Noble, Ashley Sanford, Rebecca Pulcini, Connelly Broyer (deceased); grandfather to Jon, Abdullah, Michael, Mary, Alyssa, Adrian, and Shelby.
Michael was a former Police Detective in Norwood, Massachusetts; an Officer in the Royal Palm Beach Police Department; and an Entrepreneur. He was also a graduate of the University of North Carolina Chapel Hill.
Michael was a distinguished, and highly decorated Vietnam Veteran, where he was combat medic paratrooper in the 101st Airborne. He served two tours; received a Bronze Star with Valor; and two Purple Hearts. He was also a long-standing member of the American Legion Post 47.
A Memorial Service will be held in Massachusetts at a future date, where at that time he will be laid to rest with his beloved parents. To express condolences, and sign the guestbook, please visit: www.northwoodfh.com
NORTHWOOD FUNERAL HOME
FAMILY OWNED & OPERATED
Published by The Palm Beach Post from Mar. 3 to Mar. 7, 2021.
To plant trees in memory, please visit the Sympathy Store.
MEMORIAL EVENTS
To offer your sympathy during this difficult time, you can now have memorial trees planted in a National Forest in memory of your loved one.
Funeral services provided by:
Northwood Funeral Home & Crematory
MAKE A DONATION
MEMORIES & CONDOLENCES
Sponsored by Northwood Funeral Home & Crematory.
5 Entries
I am in shock to hear this news. Michael was a good friend. Im so sorry for your loss. R.I.P. my dear friend. you will be missed!
Susan Mitchell
Friend
April 29, 2021
Rest In Peace Michael. Keeping family in my prayers.
Susan Pepin
Friend
March 15, 2021
Good bye, my friend...
John driscoll
Friend
March 15, 2021
My sincere condolences to Mike's family. I was a Boston Tech classmate of Mike. I met up with Mike later during our law enforcement careers. Rest in Peace Mike.
Joseph P Mastrorilli
Classmate
March 13, 2021
Thank you for your service to the United States and your dedication to the town of Norwood mass as a police officer. You worked nights and weekends to protect us. His bless you
Chris aylward
March 13, 2021
Showing 1 - 5 of 5 results