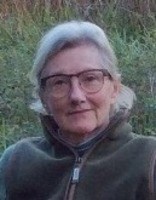 BORN
1940
DIED
2021
Nicole Elisabeth Stroh
Jupiter Island - Nicole Elisabeth Stroh, 81, of Jupiter Island, FL, died on August 9, 2021.
She was born in Lebanon on June 18, 1940, daughter of the late Pierre and Elisabeth Fauquet-Lemaitre. She is preceded in death by her loving husband, Peter Stroh, of Detroit, MI. Nicole is survived by her two sons, Pierre (Monica) and Frederic (Kelly). She is also survived by her four grandsons, Pierre "Alex", Clark, Haven, and Peter.
Nicole lived an extraordinary life in the United States, but always held on tightly to her French background. She grew up in Normandy, France, and went on to study at Sorbonne in Paris. Nicole remained close to the French culture, language, and beauty of the land throughout her life.
Nicole took a special liking to the outdoors with a particular excellence in shooting and fly fishing. Her passion for these sports led to travels around the world to remote destinations. Her international reputation as an angler was one that she was very proud of, but would never be heard boasting about. She was often the most successful rod in the river, whether in Russia, Canada, Argentina, Scotland, Iceland, or England. In addition to the outdoors, Nicole was an avid bridge player. She enjoyed the complexity of the game, as well as the social aspect and friendships it brought into her life.
During her time in Detroit, Nicole was a recognized board member of the Detroit Institute of Art and a member of The Garden Club of Michigan. She had an exquisite eye for the beauty that was around her and focused that into a passion for gardening. She was known for her sophisticated nature and classic style.
Nicole and Peter shared a deep devotion to Jupiter Island, which was reflected in their longtime membership at The Jupiter Island Club and Hobe Sound Yacht Club. On the east coast, Nicole would spend significant time on Nantucket. She was a member of the Nantucket Yacht Club, where she found solace every summer during her time on the island.
Nicole made an impact on many people's lives and her death is an unexpected loss to many. Her sharp sense of humor and the ability to say what was on her mind always kept people on their toes. She was well read, well formed, and had a passion for intelligent conversation. Those who knew her, knew how to love her, and her contribution to our lives will be sorely missed.
A memorial service will be held at a later date in Jupiter Island, FL.
Published by The Palm Beach Post from Aug. 21 to Aug. 22, 2021.
To plant trees in memory, please visit the Sympathy Store.
MEMORIAL EVENTS
To offer your sympathy during this difficult time, you can now have memorial trees planted in a National Forest in memory of your loved one.
MAKE A DONATION
MEMORIES & CONDOLENCES
0 Entries
Be the first to post a memory or condolences.