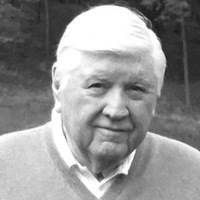 Beloved husband and devoted father, Robert A. King "Bob" of Hillsboro Beach, FL, passed away on March 10, 2020 with his loving wife of 53 years by his side. Bob is survived by his wife, Lynn, five daughters Robin King (Dave Skinner), Dawn King, Tara King, Kimberly Wright (John), Ashley King and six grandsons, Kyle and Scott Skinner, Jack and Ryan Wright, Bobby and Austin Moran, brother Richard King (Lauren) and sister Karen Rabe, as well as 20 plus nieces and nephews. Bob is preceded in death by his parents, Charles and Lucille King, brothers Roger and Michael King and sister Diana King.
Bob was born and raised in New Jersey. Bob began his career in Radio/Television Sales working for WMTR in Morristown,NJ. He quickly transitioned to NYC at three New York rep firms, Broadcast Time Sales, Petry Radio and Blair Radio. He then became Sales Executive at WNEW-TV and WPIX-TV. In 1969 he joined NBC station group as VP for retail sales. In 1972, his father passed away and Bob had to decide whether to take over his father's business, King World. As the eldest of six children, Bob decided to take the risk of trying to make King World a success for the family. He moved the business into the basement of his home and quickly began selling The Little Rascals, while acquiring Tic Tac Dough and Jokers Wild to sell. Bob was soon joined by his brother Michael and they continued working from home until they acquired nearby office space.
Bob had the novel idea to syndicate Wheel of Fortune from daytime to the early evening, and was responsible for bringing Wheel of Fortune and Jeopardy to King World through his savvy salesmanship with Merv Griffin...............and the rest as they say is history!
In the mid 80's Bob left King World to open up The Program Source, a division of Columbia Pictures. Shortly thereafter, Bob became President of Columbia Pictures Television, in charge of all syndication in CA. Bob returned to the East coast and became President of Orion Pictures. Bob finished out his career by returning to King World, bringing with him Hollywood Squares to add to their stable of programs.
Bob was an innovator with a thirst for knowledge, a consummate salesman who believed in hand shake deals, a mentor to many in the industry and a trusted brother and a loyal friend.
Bob had many interests in life and was proud of his time in the Army Reserves. He was an avid golfer, card player, chess player and voracious reader of history, politics, and current events. Bob would say his greatest gift was his family, made possible by his loving and caring wife. He was happiest when speaking about his wife, daughters and grandchildren to anyone who would listen. Bob raised his family with the philosophy of CCE, character, courage and excellence. He was so proud of his family's accomplishments and believed you create your own luck with hard work. Bob believed in supporting our active military, veterans and first responders. Bob was generous, but preferred anonymity. Bob lived his life robustly, worked hard, played hard, laughed easily and loved deeply.
Arrangements have not been made at this time.
Donations can be made to honor Robert A. King as follows: Folds of Honor Foundation and the Gary Sinise Foundation.
Published by The Palm Beach Post from Mar. 21 to Mar. 22, 2020.
To plant trees in memory, please visit the Sympathy Store.
MEMORIAL EVENTS
To offer your sympathy during this difficult time, you can now have memorial trees planted in a National Forest in memory of your loved one.
MAKE A DONATION
MEMORIES & CONDOLENCES
14 Entries
To Lynn, Tara, Bobby, Austin & all the King family, Please accept my sincerest condolences. I very much enjoyed working for your family as a Nanny, and was privileged to be able to spend considerable time with Bob, listening to his stories, advice and humor. As so many have already said, he was larger than life, and lived that life to the fullest. He was so devoted to his wife, daughters and grandchildren. I am blessed to have known such a man. You are all in my thoughts and prayers at this time. Heaven has gained another angel! God bless you all.
Helena (Lena) Del Re
March 30, 2020
Sending thoughts and prayers to the King family. I have so many great memories of Mr. and Mrs. King. I can vividly see Mr. King sitting in his living room reading his newspaper. The King's house was my second home in high school and they will always have a special place in my heart.
Amy Kerr
March 26, 2020
Sending my love to the King Family! So lucky to know your family. Hugs to all!

Nancy Roessner King
March 26, 2020
I met Bob King when I was 16 years old. His brother Roger was my best friend. Bob was the oldest of 6 amazing brothers and sisters. Mr and Mrs King would be very proud of the family Bob and Lynn raised. God bless him.
Ricky Wills
Friend
March 26, 2020
I joined KingWorld in early 1984 and, opened up the New York office with bridge chairs from my apartment. Didn't have a desk for a week. What I did have was a mandate from this guy by the name of Bob King who told me to build a media department selling advertising. Bob, like a few other King's was larger than life (literally twice my size!) and, was one of the most charming, gregarious, willful, powerhouses that I had ever met. I stayed at King World for 26 years and, loved working with Bob even when he told me he was going to "kill" me. What, he also did was allow me to work with two of his beautiful daughter's Robin and Kim. While, neither one had been in sales, they both turned out to be extraordinary at their jobs. What else could they be being brought-up by such a smart and savvy father like Bob? What I also loved about Bob was his heart. He had incredible empathy and, when something was sad, you could see it on his face. There was no hiding his emotions. I will miss our verbal bouts which we had at the office or, at the New York Athletic Club. I actually loved it when he was making fun of me, which was often. Bob was just an extraordinary human being and, I will miss him. May he rest in eternal peace.
steven hirsch
March 24, 2020
Robin and Family:

I had the privilege of working at Leo Burnett/Starcom for twelve years (Syndication). I learned a lot over that decade. I was trained by the best. I was also called on by the best in the business. I have to say...King World always stood head and shoulders above the competition. They were always first, always prepared, always honest. We understood we were all at the same dance...just on different sides of the dance floor. In my experience, this kind of wisdom and leadership typically comes from the top. It sounds like your dad, was an extraordinary leader and father. What a blessing. Heaven wins again.

During my twelve years at Leo Burnett/Starcom (Syndication Desk), I learned a lot. I learned so very much from LBCO. management and in equal measure, from the vendors. After all, "we were all at the same dance...just on different sides of the dance floor". King World was always tough --but fair. Sounds a lot like your dad. King World was in a league of their own; always first, always prepared, always honest. In my experience, the pursuit of excellence typically comes from the top. Leaders like your dad are becoming harder to find these days. What a blessing he must have been to you and your family. Heaven wins again. 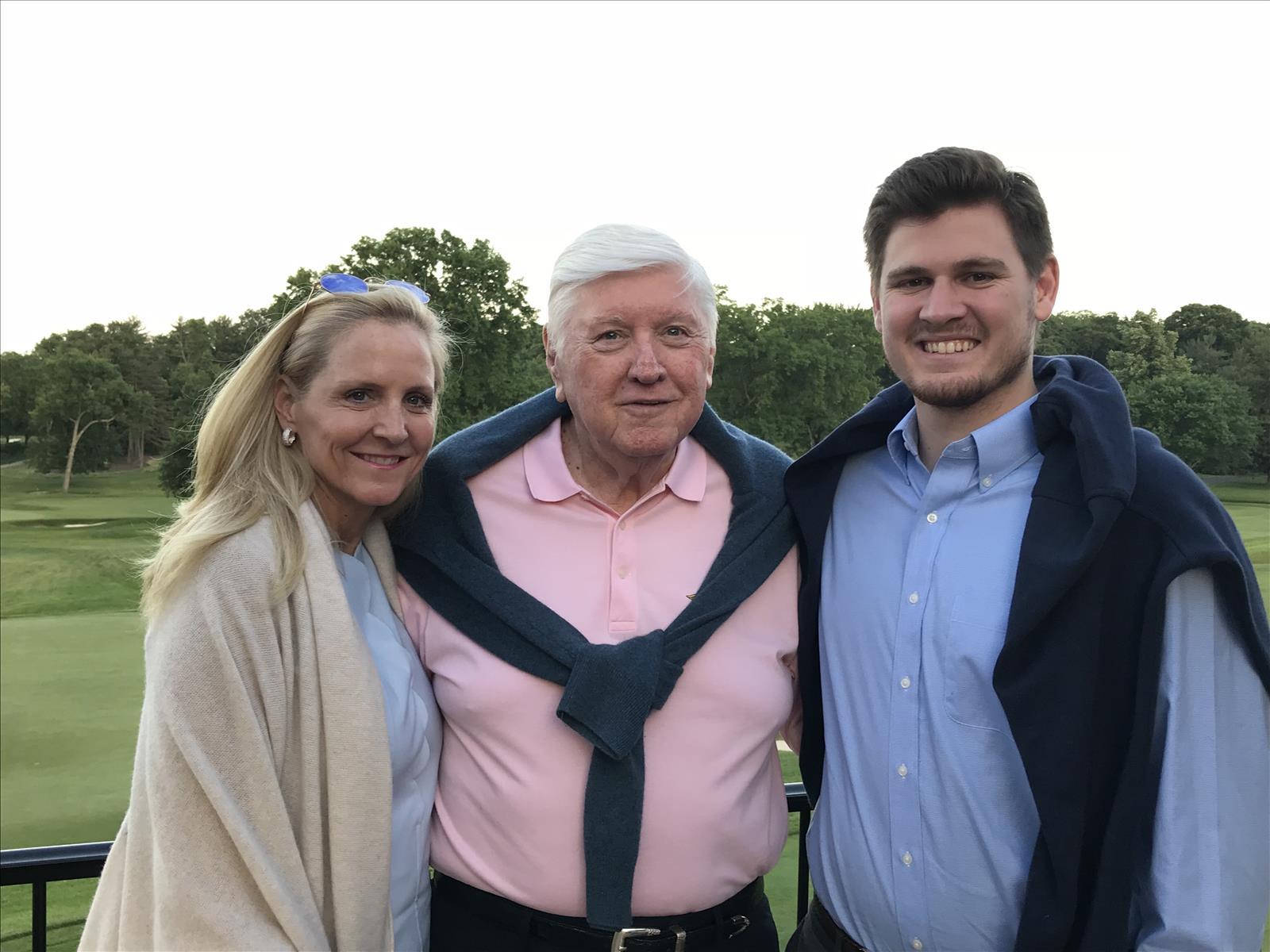 I am not exactly sure where to begin. i appreciate so much all you have done for me, from letting me live with you to all the advice you have given me along the way. Advice I will use everyday. I will miss talking about life with you, listening to your stories, being in Bay Head, ranking our top 5 NBA players of all time, talking about our sports bets (sorry Mom), the NFL, Golf and so much more. But above all I will miss your insight on life. I know I was not the most talkative, but I was always listening carefully to what you had to say and am well prepared for my journey ahead because of it. I am happy to be following in your footsteps in the industry, feel our talks have already helped me while working at ESPN.

I promise to live by CCE, character, courage and excellence. I promise to be loyal, honest and a good friend, son, brother. I know that family is the most important in life. Know I will continue your legacy of being an incredible role model grandfather and father, brother and uncle.

Thank you for everything, I love you, and I hope to be as good a man as you one day.

Kyle Skinner
Kyle Skinner
March 22, 2020
I had the privilege of working for King World Productions for 15 years - the majority as part of the King World Chicago family. I often reflect on those formative years and the positive impact they had on my life.

Bob King's legacy goes far beyond my reference points, but I know none of my learnings nor experiences would have been possible without Bob and his lasting influence. I am forever grateful.

Sending the King family positive thoughts and memories of Bob, with great appreciation and respect.

My prayers are with you at this difficult time. Your admiration and love for your Dad/Husband will always be there. He will remain forever in your lives.

Kathryn Smith
Newport Beach
March 22, 2020
I just heard this news and want the King family to know they are in my thoughts. Bob King's legacy goes far beyond any of my reference points, but for what it's worth I often reflect on my 15 years in television syndication sales at King World Productions - majority of those years with our Chicago KWP family - and the impact the King family and company made on so many aspects of my life. In all of that, I never forget that none of it would have ever happened without Bob. Sending you all positive thoughts, memories and appreciation at this difficult time. With gratitude and respect, Chris Rooke (KWP 1996-2010)
Chris Rooke
March 22, 2020
"Tara's Dad", as I knew him when Tara and I first met in middle school, was a big driver in Tara's athletic and academic successes. Tara was then and will always be wired to work the hardest and produce quality work because it is in her DNA as well as the many sayings and stories she has shared through the years that start with, "My Dad always says..." This lineage of excellence is not by accident. Five Amazing Daughter's, 53 Years of Marriage, hard work and creating success out of a basement office in the PRE-digital age are beautiful feats and full of legacy. I look forward to seeing Tara's sons continue on in the King way. Bob King Stories will stay present with this incredible family. Love you guys.
Audrey Pukash Bilsborrow
March 22, 2020
Showing 1 - 14 of 14 results